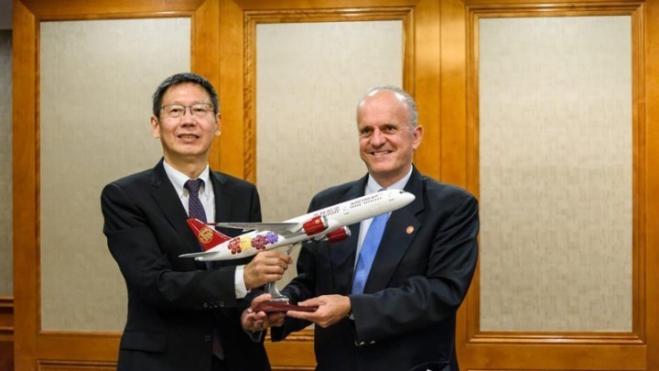 The Greek delegation visiting China with Prime Minister Kyriakos Mitsotakis has laid the foundations for further boosting tourist traffic from China to Greece, according to a statement by the tourism ministry on Monday.

In remarks following the signing of the agreement, Loulis said: "Of the more than 140 million Chinese tourists who traveled abroad in 2018, only 125,000 visited Greece. Our goal is to quadruple this number immediately, that is to say, bring 500,000 Chinese tourists to visit Greece, which aims to attract at least 1 pct of the Chinese who travel abroad."

He added that "the agreement on the direct air link between Athens and Shanghai will be crucial toward this end." The prospects for increasing Chinese tourist arrivals to Greece are considered very high for an additional reason, namely that 9 pct of Chinese nationals currently have a passport. This agreement comes just days after the signing of a memorandum of understanding between Greece and China, which provides, among others, for an increase in the number of regular flights to 35 a week, from 14 at present.

These deals pave the way for Greece to attract more Chinese tourists, who spend over 270 billion dollars a year on their vacations.