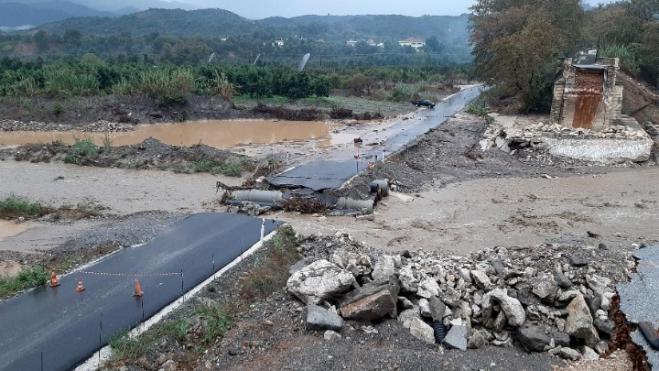 A storm named "Victoria" brought heavy rain in Greece on Wednesday, starting at Corfu and moving east, where thunderstorms hit Attica a few hours after midnight.

The storm produced rain throughout the day and created flooding problems in areas of Greece, especially in the Chania district of Crete, according to reports that came in on Wednesday evening.

On Crete, heavy rain along the northern axial road and near Kissamos brought mud and debris down to the tarmac, shutting off one of the traffic lanes, while other parts of the road, closer to Rethymno, were also reported. Some hothouses were carried away by the wind, while a hail storm also affected the Kandanos-Selinos area.

Rain and occasional thunderstorms are still expected on Thursday, of lesser intensity, and the wind will not rise over 5 on the Beaufort scale, except at the Aegean.