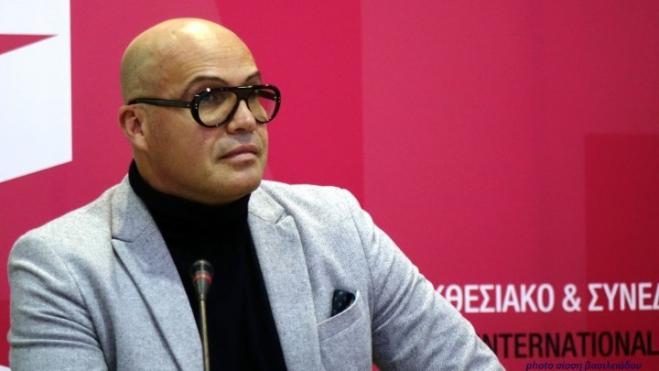 Billy Zane was born in Chicago in 1966 and studied at the Harand Camp of the Theater of Arts at Elkhart Lake, Wisconsin. He has acted in many blockbuster films, including "Back to the Future" (1985) and "Titanic" (1997).

He owns a film production company and he is currently producing the movie "Waltzing With Brando" where he is also starring, but is also well-known for his work as a painter.

Pantelis Tsatsis, the event's artistic director presenting Billy Zane during a Monday press conference said he ranks his artistic style in the genre of "abstract expressionism."

"I move the painting brush with the same flow I move my body on stage. I recognized my passion for painting about 25 years ago and started painting while waiting for auditions," said Zane and added that he is "now familiar with the movement of the brush as well as of the body. It is an extension of my character, this kinetic painting," said the 53-year-old actor, who holds ancestry from Chios island and Mani, Peloponnese.

Some 20 Greek galleries and 18 international galleries are participating at the art fair this year, representing Belgium, China, North Macedonia, Romania, Turkey and the United States with at least 500 exhibits.

The 4th Art Thessaloniki International Contemporary Art Fair opens its doors at 4 pm on Thursday and closes on Sunday night. Regular tickets are at 7 euros, students' at 3 euros.