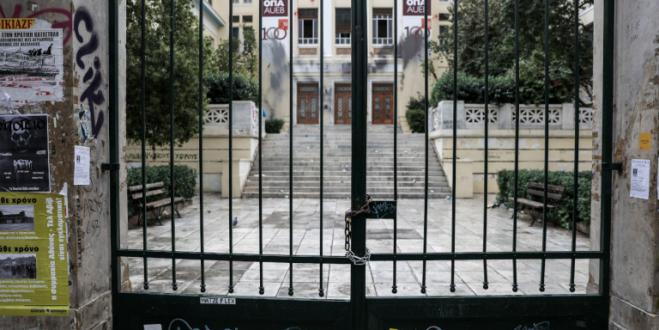 Groups of antiauthoritarians returned to the basement of the ASOEE university building, nine days after the operation of Greek police. on the premises of the University Foundation.

Reportedly, unauthorized persons broke the lock that had been fitted and went into the basement. "The hangout is ours," they wrote on the wall of the Economic University. The incident occurred at noon last Monday when officials heard noises from the University basement.

It is recalled that during the operation by Greek police an entire operational "headquarters" for attacks has been identified in the university. Bottles, hoods, and stones were some of the findings of the Police. The news that the anarchists returned to the basement of the ASOEE is also confirmed by a professor at the University of Economics.