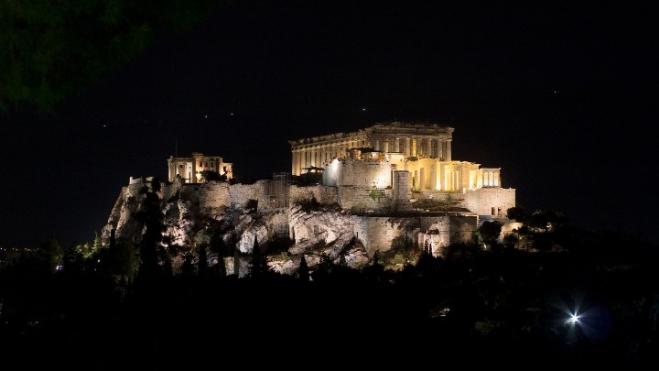 The Athens Acropolis is to be lit blue - the official colour of UNICEF - on Wednesday night to mark the 30th anniversary since the signature of the United Nations Convention on the Rights of the Child on November 20, 1989.

A culture ministry announcement said that the Central Archaeological Council had approved a request by UNICEF's branch in Greece to light up the monument with its colours on the anniversary, in support of UNICEF's work and aims.

It noted that the Acropolis will be joining other major world monuments and buildings this year, including the European Parliament in Brussels, Shanghai Tower in China, the Pantheon in Paris and Petra in Jordan, in a tradition that was last year adopted by the Sydney Opera House, the Arc de Triomphe in Paris and the Empire State Building in New York, among others."UNICEF recently signed an agreement with the Greek State for the implementation of programmes in Greece to cover the needs of every child in the country, in collaboration with the ministries of foreign affairs, citizen protection, education and religions etc. The last time that UNICEF had a presence with the form of a programme in the country was after the end of the Civil War. According to the UN Charter, the foundation of freedom, justice and peace in the world is the recognition of the inherent dignity and the equal and inalienable rights of all member of the family," a ministry announcement said.

It noted that UNICEF was this year asking political leaders to mark the anniversary of the Convention on children's rights by committing to solutions concerning the rights of children and young people in light of new challenges and problems that have arisen in the world.