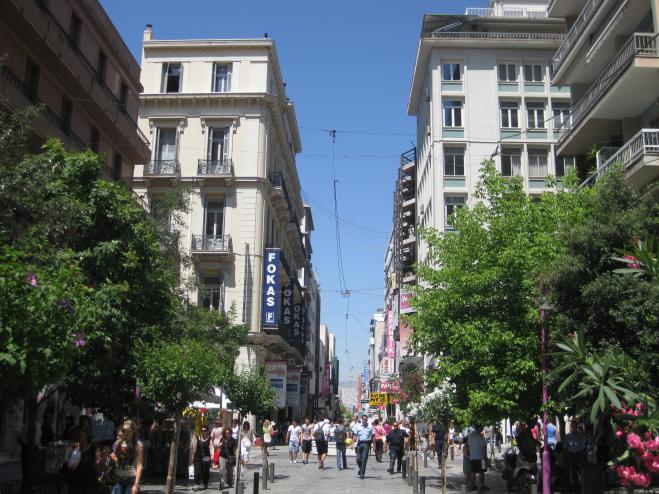 Ermou St – one of the Greek capital’s main thoroughfares – has moved up the list of the world’s most expensive streets to 14th spot from 15th last year, and 25th in 2016, according to real estate brokers Cushman & Wakefield.

Nick Symboura, head of Proprius real estate, representing Cushman & Wakefield in Greece, tells Kathimerini that the steady rise in store rents on Ermou St is due in large part to a lack of vacant shop space compared to the demand, as well as to an absence of new shopping centers, which is forcing retail chains to look for properties on Ermou as one of the most commercial locations in Athens.

At the same time, Symboura goes on to add that increasing tourism flows to central Athens neighborhoods has boosted turnover for shop owners making retail chains more willing to pay higher rents to get a piece of the pie.

In the midst of the economic crisis, Ermou St had dropped to 31st spot.

According to Proprius Q3 2019 data, monthly rents for shops along Ermou St, particularly for properties near Syntagma Square, may reach 285 euros per square meter.