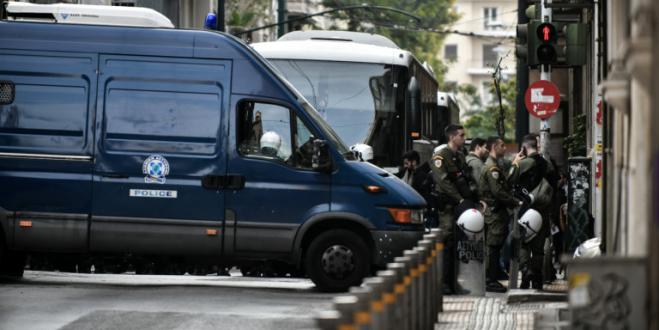 The evacuation of 6 buildings in Exarchia, which is under occupation, is a priority for the Ministry of Citizen Protection after the ultimatum given to the squatters.

It is recalled that the relevant Minister, Michalis Chrysochoidis, on November 20, issued a notice giving 15 days to the squads to proceed with the evacuation of the squads.

"Those who have illegally occupied buildings, public or private, are urged to evacuate them. If they are asylum seekers or third-country nationals, they should be informed that they will be transferred to inland accommodation structures. For the purpose of travel, the relevant departments of the Ministry of Citizen Protection will contact them. If the buildings are private, in order for the current occupants to stay occupied, they need to contact the owners and agree on lease terms. The deadline for evacuation is 15 days after its publication in the press, "the Ministry of Citizenship said in a statement.

Shortly after the announcement of the ministry, there was a response of the anarchist collective "Rouvikonas", characterizing the minister's ultimatum as "cause of war".

A total of 45 buildings occupied in Attica
According to the television station SKAI, in Attica there are a total of 45 occupations of public and private buildings, 15 of which are in the Exarchia area. To date, 11 evacuation operations have been carried out, while 8 prosecutors are pending evacuation of buildings under occupation. At the same time in Thessaloniki the occupied buildings are 7.