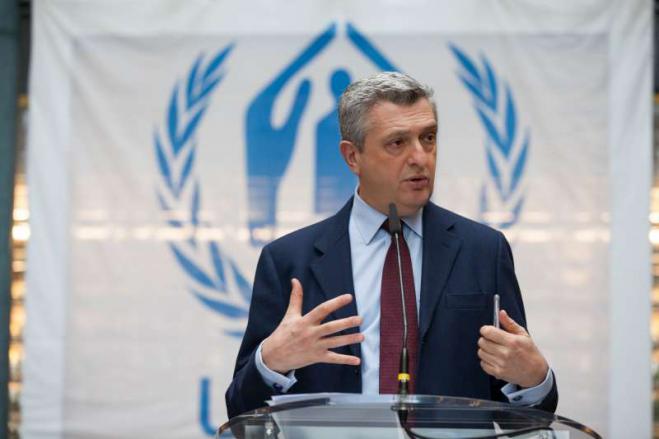 UN High Commissioner for Refugees Filippo Grandi sent a message to Europe to do more for Greece after his visit on Wednesday to Kara Tepe refugees’ camp in Mytilene.

Grandi who is visiting Mytilene said that Europe should do more for Greece which is part of the European Union adding that he speaks as a European citizen and not as UN High Commissioner.

"We must do more for the reception infrastructures in all the refugees and migrants reception countries. In Greece, in Italy, in Malta, in Spain but Greece is today the country mostly affected by the crisis, so my message is that we need more funds to offer solutions".

Grandi said that it is the second time he is visiting the island of Lesvos, the first was in the period 2015-2016. "Today the arrivals are the ones recorded in the period 2015-2016 but are certainly higher than last tear. The living conditions for the people that arrive on Lesvos are very bad and mostly the number of Syrians and Afghans are rising again" he said.

"I will discuss three things with the Greek Prime Minister tomorrow. The first is the living conditions of these people which must change immediately. We can't have such places in Europe whatever the condition of these people they can't live in such conditions".

Taking into account the pressure to the local communities it is urgent for the islands' decongestion. The government has a plan for the transfer of people to the mainland, a plan which we totally support and we are cooperating with the government for its implementation, Grandi said.

On the government's intention to accelerate the asylum procedures, it is something we initially consider positive, Grandi noted and underlined that "we have some questions as what happens with the people during the asylum process, I do not have an answer and we must have it from the government".

Finally, I am worried and I know that the prime minister is also worried on the children refugees that are travelling alone. It is a matter of top priority and we must do everything possible to address the matter".