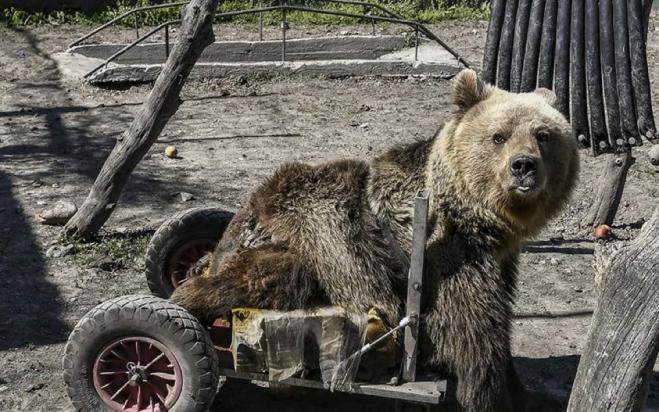 A disabled bear, the world’s first to use a makeshift wheelchair for mobility, has died, it was reported late last week.

The 4-year-old bear, which had been living at the Arcturos sanctuary on Mount Vitsi in northern Greece, died on Monday after suffering renal failure.

Usko was found in a forest in North Macedonia when he was a cub with a serious spine injury caused by humans who also killed his mother. The injured cub, which couldn’t stand up and was clearly in a lot of pain, was discovered by members of an environmental organization based in Skopje.

He was sent to Greece in July 2015 and placed into the care of Arcturos, a Greek organization dedicated to the protection and conservation of the endemic brown bear.