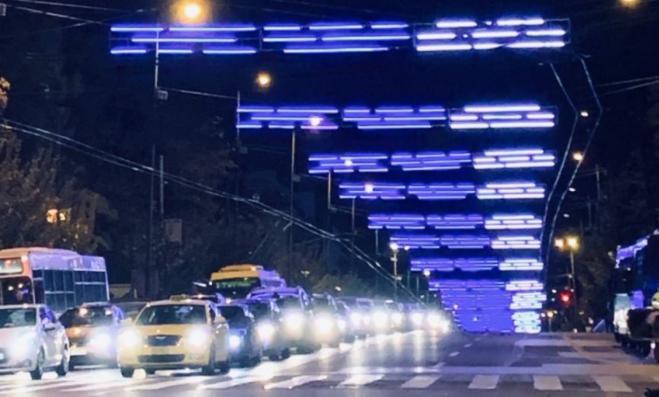 Many Athenians believed that this year - a year after the end of the memorandum and the crisis - the capital would be resplended for the Christmas holidays of 2019 and the streets would be filled with cheerful ornaments and lights, but alas it doesn't seem to be the case.

However, many, especially social media users, expressed their disappointment when Vasilissis Sophia Avenue was decorated for Christmas. Instead of lights, sparkle, beautiful lamps and rich decor, they saw rows of monotonous lamps that are not at all reminiscent of Christmas.

These are parallel lamps that emit a hazy blue light, which does not exude warmth or refers to a festive atmosphere. Even New Democracy candidate A. Latinopoulou commented on the difference between this poor and paradoxical adornment of Athens and the adornment of Barcelona.

Other social media users compared the lights to fly traps that kill bugs during the summer in butcher shops and tavernas, while others referred to the lack of any Christmas feeling. Others chastised mayor Bakoyannis for downplaying the religious aspect of the holidays, some accusing him of pandering to migrant NGOs and anti-religious groups.

It should be mentioned that the mayor in order to defray costs placed the burden of the decorations on private firms and organizations, which were allocated specific venues to decorate.