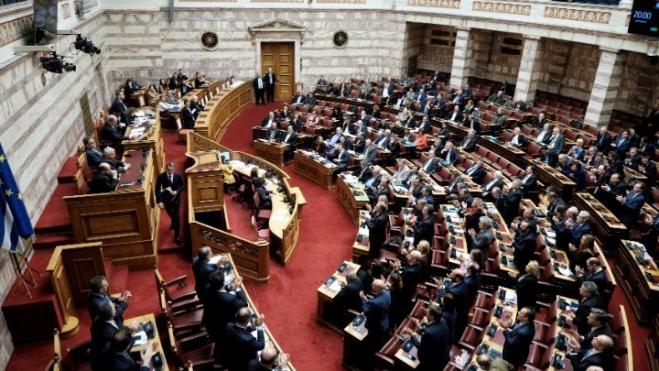 The Finance Ministry's 'Hercules' plan for non-performing loans (NPLs) at Greek banks was approved by the Parliament plenary on Thursday, based on the votes of the ruling New Democracy.

Opposition parties SYRIZA, Movement for Change (KINAL), the Communist Party (KKE) and Greek Solution voted against it, while MeRA25 had walked out of the voting.

The bill was placed on fast track, drawing the protest of opposition parties.

According to statements by Deputy Finance Minister Giorgos Zavvos on Wednesday, the bill is a crucial item of legislation addressing a systemic problems of the Greek economy and has to be voted into law before the end of the year and the vote on the 2020 budget.

"It is something that investors are waiting for with great anticipation," Zavvos said, insisting on the need to fast track the bill as any delay would be harmful to its prospects, so that 'Hercules' was ready to go into operation at the start of the new year.