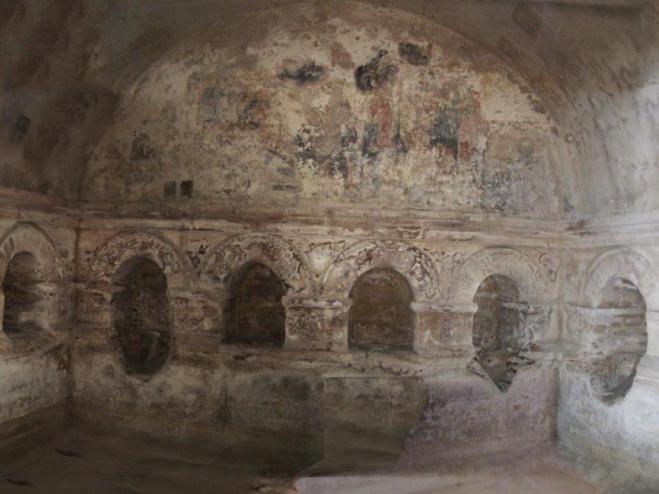 A real treasure is hidden within the basement of an apartment building on Ermou Street in Patras.

A treasure that is little known to the general public and substantially related to two historical periods.

The first to be built at this site was a mausoleum of a family of Romans who lived in Patras during the heyday of Roman civilization in the city, around the first century AD.

It is reported to be an important burial monument, apparently surrounded by other burial monuments in the wider area as  an ancient road to the northern cemetery of that time passed through the area. Among others in this family mausoleum were found niches where the ashes of the deceased were interred.

However, the history of the site does not stop there since a later church of St. Andrew was created in the space. This chapel has exquisite frescoes and was discovered in the 1990s.

The findings are about two meters below the surface of the ground and above them is the apartment building. The family mausoleum and the church of Ag. Andrea are  by the Ministry of Culture.