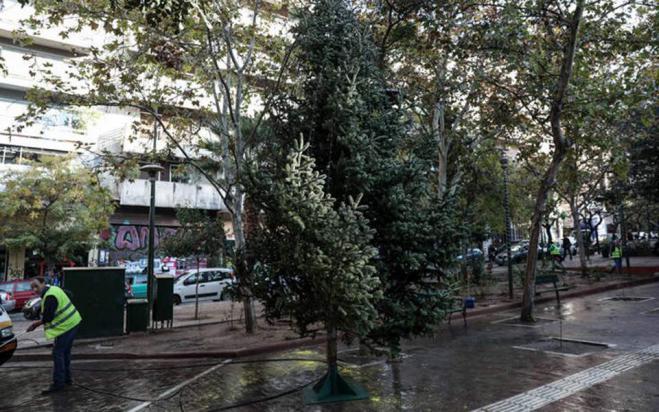 In response to anarchists burning down a tree placed by the municipality of Athens on the main square in the downtown neighborhood of Exarchia, the cityhas decided to replace it.

The anarchists were demonstrating against squat evictions and police presence in the area.

Athens Mayor Kostas Bakoyannis announced the placement of the new tree on Facebook on Friday morning.

In an earlier post after the original tree was set alight and surrounding fairy lights were smashed just 12 hours from being put up, Bakoyannis had vowed to replace the holiday decorations.

“No one can burn Christmas,” he said.