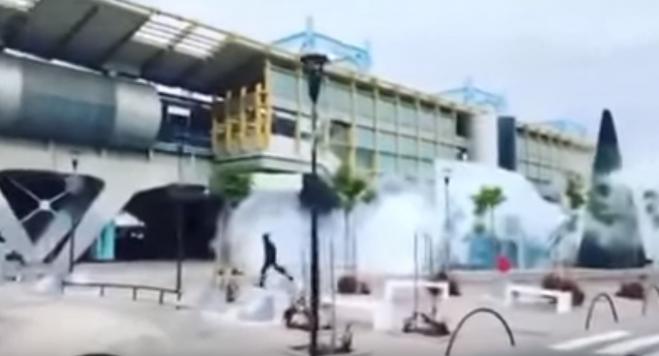 The damage is widespread the day after the serious incidents in Maroussi, after anarchist efforts to recapture the Kouvelos villa which they had been using as a squat before eviction by police.

Shop windows in the city have been destroyed, and even the new entrance bars at ISAP Maroussi station have suffered major damage.

It all started on Sunday morning, when a group of 50 anarchists arrived at the Kouvelos villa on Dionysos and Solonos streets, five days after the evacuation operation by ELAS. At that point there were strong MAT forces, which repelled the anarchists, who then headed to the central market of Maroussi, where incidents broke out.

It is noted that while strong police forces were in the center of Maroussi, the authorities, as it became known, did not proceed to any arrests.