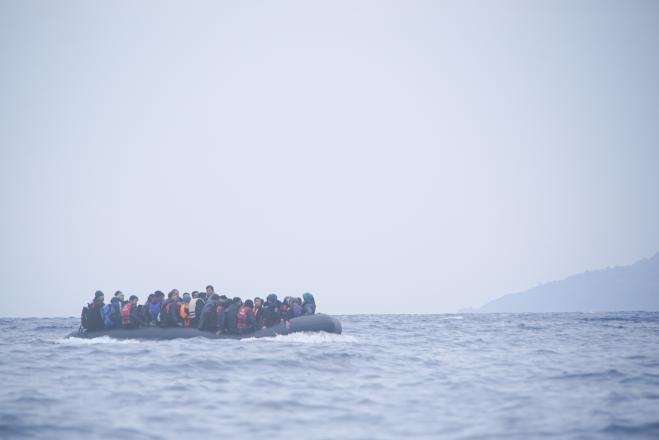 Nearly 50,000 migrants and refugees arrived at the islands of the northern Aegean in 2019, according to figures released by authorities on Thursday. According to these, a total of 27,148 migrants and refugees arrived on the island of Lesvos, another 8,076 persons arrived on Chios and 10,802 on Samos over the year. The number of arrivals on Lesvos was nearly double that in 2018 (14,906).

On Thursday, the number of  asylum seekers at the Moria hotspot and the surrounding areas had reached 18,747, of which 1,150 were unaccompanied minors. The total number of minors in Moria had reached 6,500.
According to figures released by the hotspot's administration, 36 percent of the total population in Moria are men, 29 percent women and 35 percent under 18.

The nationalities of the asylum seekers hosted in Moria are as follows: 73 pct Afghans, 12 pct Syrians and 5 pct Somalis. The remaining 10 pct come from various other countries, mostly in Africa.