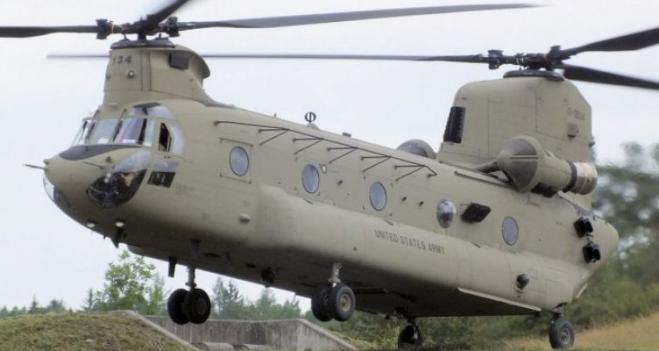 The US presence in Greece and the Republic of Cyprus has been increasing over the past few daays, following the escalation in the Gulf due to the assassination of Iranian General Qassem Soleimani last week.

Yesterday morning, a formation of US Chinnok and Blackhawk helicopters flew from Eleusis military airport to a final destination in Cyprus, where they will be stationed in the coming weeks. These are four Chinooks, which, after stopping in Rhodes, continued to Cyprus and four Blackhawks that remained in Rhodes until later.

A few days ago, a similar formation (comprising Osprey and C-130 aircraft) was stationed in Souda for the same purpose. As it became known yesterday, later in the day, Washington formally requested from Nicosia permission to temporarily deploy a rapid response unit on the territory of the Republic of Cyprus, with the primary task of evacuating diplomatic missions or transferring other US citizens from endangered areas. As the claim is considered to fall under the category of humanitarian operations, it was approved by Nicosia by summary procedure.

At the same time in Athens, discussions are under way at the Ministry of Defense over Prime Minister Kyriakos Mitsotakis' very important public commitments on the future purchase of F-35 aircraft, as well as statements by US President Donald Trump on upgrading F-16s of the Hellenic Air Force (PA).

Referring to discussions held during the White House meeting between US and Greek delegations, National Defense Minister Nikos Panagiotopoulos confirmed Trump's interest, saying that he had asked questions about the F-35s and the F-16s.

"During discussions with President Trump, we only talked about aircraft in terms of armaments," Mr Panayiotopoulos said, however, adding that "from now on, with US government agents, including under the leadership of the US Department of Defense, we have discussed in greater detail all these issues of reinforcing the Greek armed forces withUS weapons, either through sales of US defense material or by granting surplus defense material no longer used by the US US Armed Forces and we have agreed that we will have the opportunity to discuss in greater detail the future proposals.