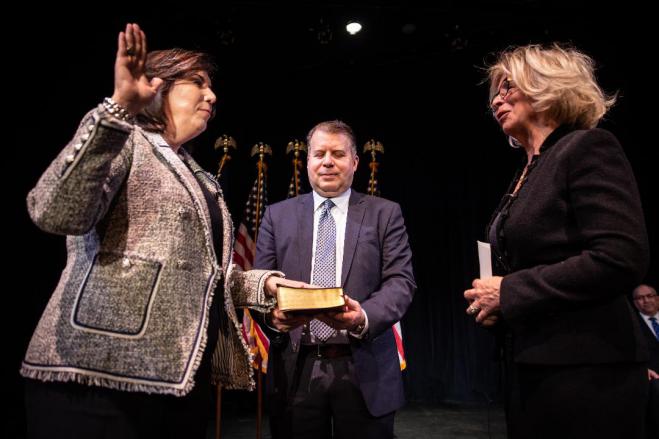 Madeline Singas was officially sworn into her second term as Nassau County's district attorney, on 3 January.

"I thank the voters for the confidence they've shown in me," she stated shortly after her victory. "With justice as our guide, we will continue our important work to keep Nassau safe." 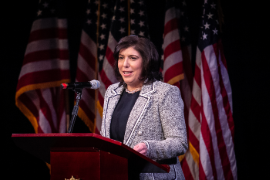 New York Attorney General Letitia James took to Twitter to say she looked forward to a continued working relationship with Singas and delivering justice with to New Yorkers.

"I know Madeline Singas will continue to be the kind of DA our state needs at the local level to defend the rule of law and protect the rights of the people of Nassau County," James said. 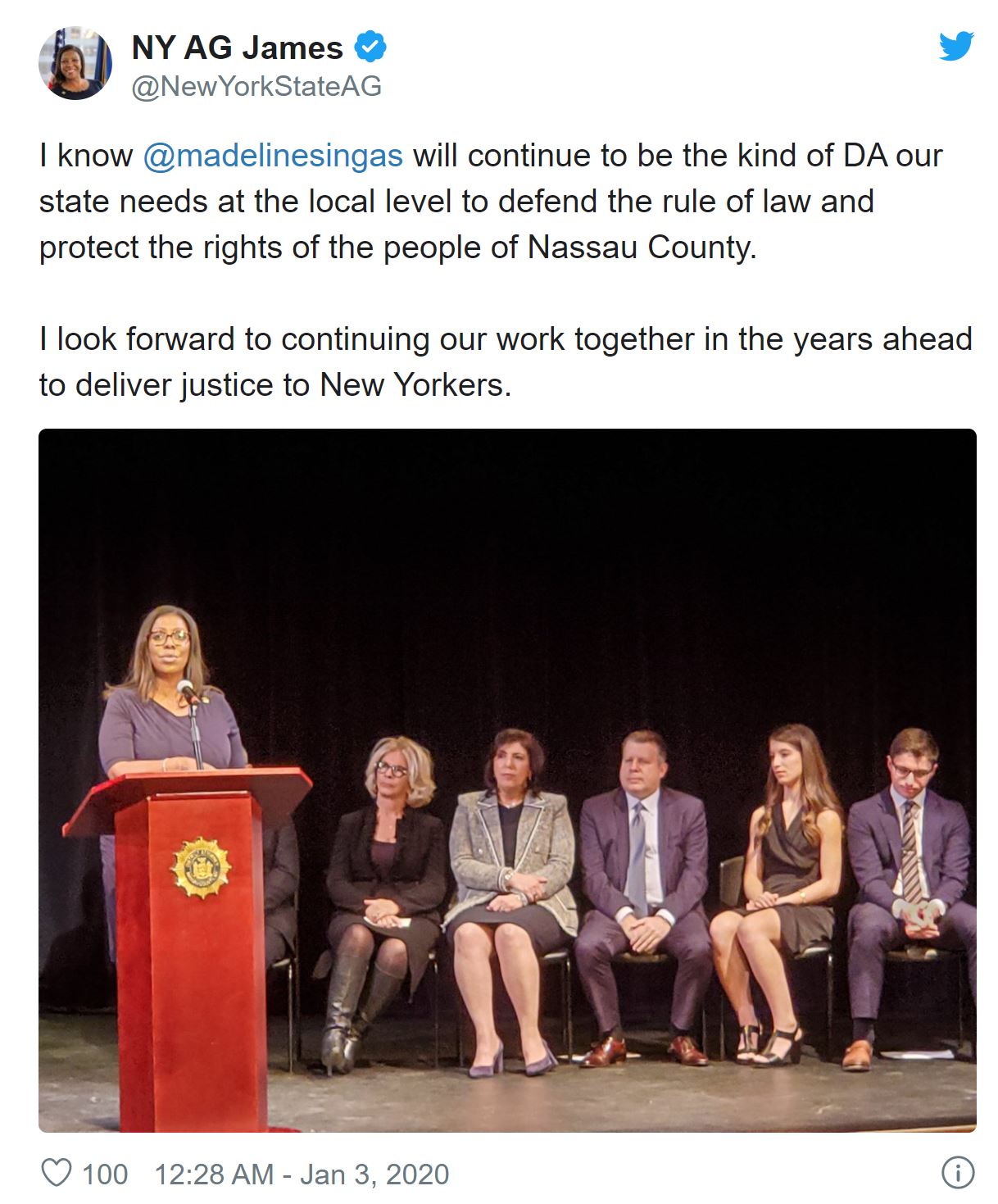 "In 2020, we will continue working together to hold down major crime at record lows, root out corruption, and keep Nassau safe," Curran said in a tweet. 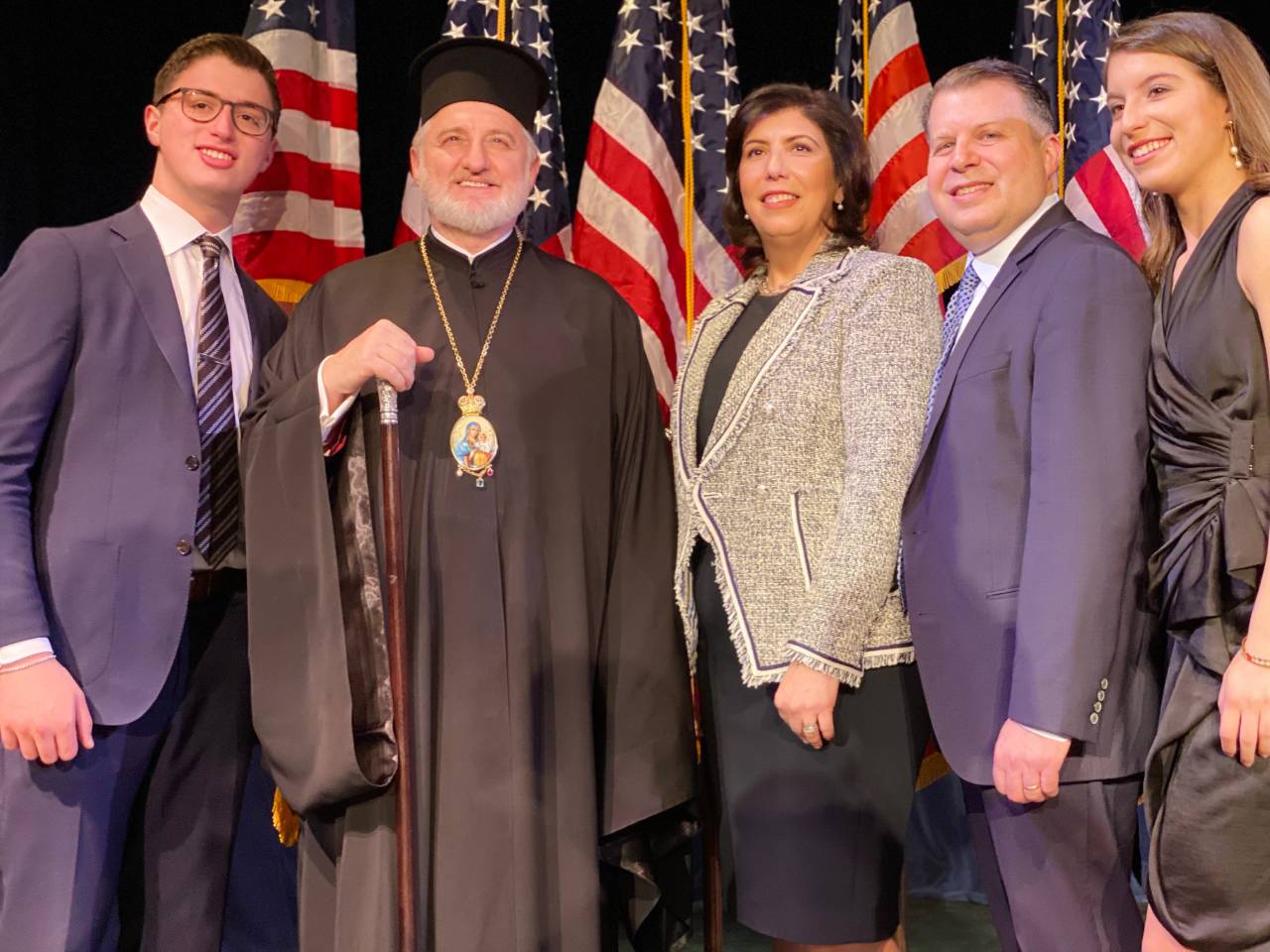