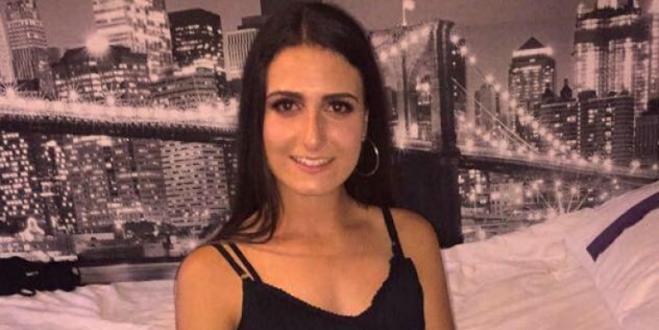 An 18-year-old Irish woman who had been raped during her summer vacation in Zakynthos, has committed suicide.

The woman, named Julie Crowe, was attacked and raped on the Ionian island last summer, where she had been on holiday with her friends. As her mother claims, her trauma had "haunted" her and she thought she would never find justice, and she felt helpless.

The mother of the young girl wanted to talk about it in order to send her own message so that other young children would not fall victim to rape, like her daughter.

The young girl had been attacked before the rape
Julie Crowe, 18, who was drugged and raped, committed suicide on November 4, less than three months after her horrific experience.

"Julie who came back from Greece was operating on two different levels. On an operative level and one in which she struggled to fill the memory gaps she had from rape. The counselor at her college warned us that she would need to be monitored by a specialist and that she was at a very vulnerable stage. "

Julie Crow was attacked twice on the island during her first night on Friday, August 16th. The first occurred when one man grabbed her and tried to kiss her and another tried to put his hand inside her pants, but she managed to escape.

Just two nights later, she was drugged, where she was raped, and then her nightmare began.

The teen, from Dunshaughlin, Ireland, was preyed on by a blonde man called ‘Chris’, who said he was Swedish, at Cocktail and Dreams nightclub.

Her mother told media that her daughter didn’t know she’d been raped at the time as a result of being drugged.

She explained: “Julie did remember that in the early hours of the morning that he put his thumb in her mouth and she does not know what was on his thumb."

The young girl began to feel sick and shortly afterwards said goodbye to her girlfriends and returned to bed to sleep. Julie met another young man outside her apartment, who invited her to his house, but she refused and went to sleep.

Her friends returned home later with some boys and tried to wake Julie to go to the pool together, but she was exhausted. Hours later, Julie opened her eyes and was shocked as she saw blood on her bed.

The young girl also brought bruises and bumps on her body so she realized that "something terrible had happened to her" without knowing exactly what.

Julie's mother, Anna, is certain that her daughter had been targeted by the perpetrators from the beginning. "I think Julie had become a target. She would be an easy victim in the sense that she was so innocent, trusting people. "