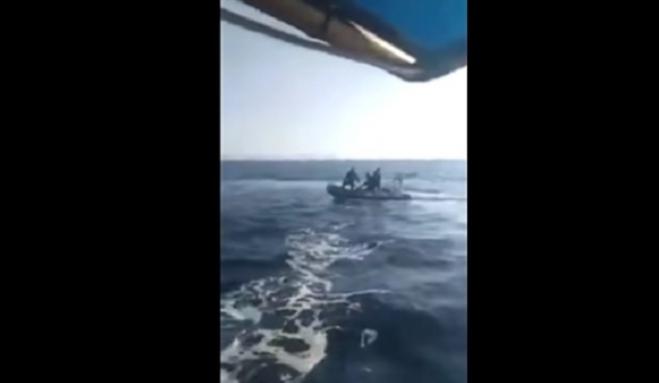 Greek fishermen have been facing constant harassment from Turkish vessels, both official and commercial. In a new video that went online on Wednesday shows Greek fishermen being harassed by the Turkish coast guard near the islet of Imia, the scene of a confrontation that cost the lives of 3 Greek Navy helicopter pilots and almost brought the two countries to war.

As seen in the video, Turkish Coast Guard personnel approach the fishing boat on an inflatable dinghy ordering the fishermen to leave the area. The Greek fishermen refuse to leave the area all the while shouting “this is Greece, not Turkey.”

At some point the fishermen are afraid as they think the Turks are brandishing a firearm..