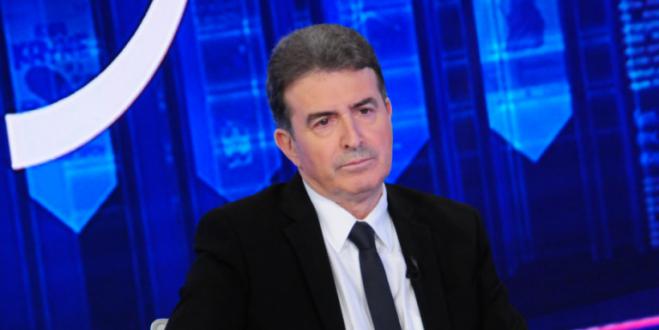 Minister of Citizen Protection, Michalis Chrysochoidis commented on the operations to evacuate the squatters in Koukaki and the attack on police, during a televised interview on Tuesday night.

Mr. Chrysochoidis, in an interview with ERT's "10" with Olga Tremi and Antonis Delatolas, speaking about the operations in Koukaki, stressed that there was a belief that there was a "right to throw cinder blocks", stressing that " squatters could have killed police officers. "

"There is silence so some people who are very close to them are not disturbed," he said. "What I do know is that the squaters are children of wealthy families and under the shield is the anonymous police officer making 800 euros ... There will now be cameras in every operation. The police will have cameras themselves to record everyone's action. Both of the police and the protesters," he emphasized, noting that police officers would all be discreet," so that the citizen knows who he is talking to. "

He also observed that "the prosecutor had to make use of the television material". It is recalled that the Athens Public Prosecutor's Office prosecuted those arrested to a degree of negligence, not a felony, for all that took place in Koukaki.

At the same time, Michalis Chrysochoidis emphasized that during the crisis the services of ELAS. were disorganized, and inactivated by the SYRIZA government. "From Patisia and down to Kolonos and Metaxourgio there has been a state of lawlessness for many years," the Minister of Citizen Protection stressed, reiterating that the issue of squats would be addressed.

Responding to allegations of excessive police violence in recent ELAS operations, Mr Chrysochoidis said the Ombudsman will now be able to interrogate, with visual material, noting: "Any police officer that cannot restrain himself will be found outside ELAS. There is no allowance in a democratic country like Greece for police violence. "

Chrysochoidis: "We're halfway to Exarchia"
Asked about Exarchia, the Minister of Civil Protection said that "we are halfway", noting that "there can be no closed neighborhoods dominated by crime and drugs. There are still a lot of drugs in Exarchia. But in the next two months there won't be any. Exarchia will be handed over to its residents. " As for the case of the Economic university (ASOEE), he emphasized that "peace is being strengthened daily" as there are no more threats and fear for students and teachers.

Chryssochoidis: We are not done with heavy terrorism
Michalis Chrysochoidis, asked if he thinks the country has got away with so-called "heavy terrorism", responded openly: "No, not at all." He also expressed concern that the danger is heightened through the addition of  Islamic terrorism as Greece is an open state.