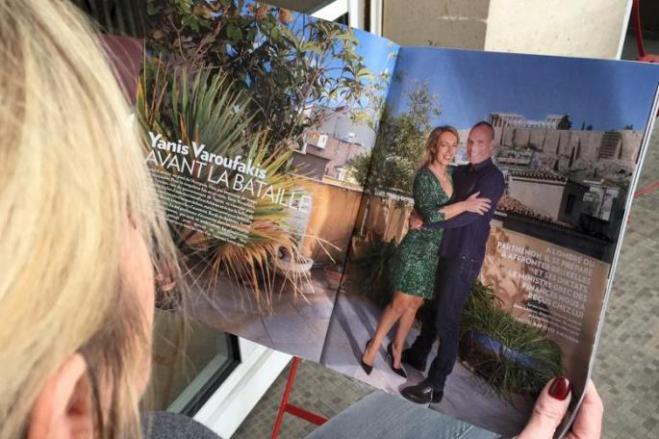 Yanis Varoufakis's MERA25 party has come under severe criticism after his decision to nominate Paul Fyssa's mother, Magda, for the President of the Republic, without informing her!

The mother of the unfortunate musician who was murdered in Keratsini in September 2013 by the knive of Giorgos Roupakias, a member of the Golden Dawn, shortly afterwards thanked Yiannis Varoufakis for the proposal, but, as she said in a statement, she had not been inforrmed.

"I was informed by the media of Mr. Varoufakis's intention to nominate me for the office of President of the Republic. I thank him very much for this very honorable proposal, of which I was not aware, but I cannot accept it. On the one hand, because I have devoted all my efforts to completing the trial of the Nazi organization, which is of particular importance to me personally and to democracy in our country, on the other, because I have also made it clear in the past that I do not deal with politics,” said. Magda Fyssa in her reply to Varoufakis.

The answer of MEPA25 for Magda Fyssa

In response to comments and reactions to the nomination of Yiannis Varoufakis for the presidency of the Republic, the party's press office notes in a statement that "Magda Fyssa considered our proposal honorable, and thanked us for it. Not accepting the honor and confirming that the fighters are not fighting for office and, therefore, are the best choice for a symbolic post such as the Presidency of the Republic. "

Comments on social media were scathing. Hosts of users ridiculed MERA 25's proposal, and especially the fact that Magda Fyssa was not informed of Varoufakis' intention.Many see the move as a way for Varoufakis and his marginal party to come into some sort of limelight using the hapless mother of a musician murdered by fascists. Others comment on Varoufakis' state of mental health, and the mental health of party MPs. Still others decry the fact that this person was finance minister and led the country to disaster. OpEd pieces in Greek media speak of a spoiled rich kid that has absolutely no manners. Varoufakis, who claims to champion the rights of the weak lives in opulence and his and his wife's lifestyle have been featured in magazines abroad with many photos of their luxurious domicile overlooking the Acropolis.