Anonymous Greece released the details of the two Turkish hackers who were behind the attacks on the Greek state websites last Friday.

In a statement by Anonymous Greece, the Greek group said: “As we have said, we are giving you the following facts about the Turkish hackers, the admin of Aslan Neferler Tim and the recruiter of Anka Neferler Tim, who attacked our country’s websites.”

A number of Greek state websites, including the Intelligence Services, the Foreign Ministry and the Finance Ministry were down on Friday night a week ago. 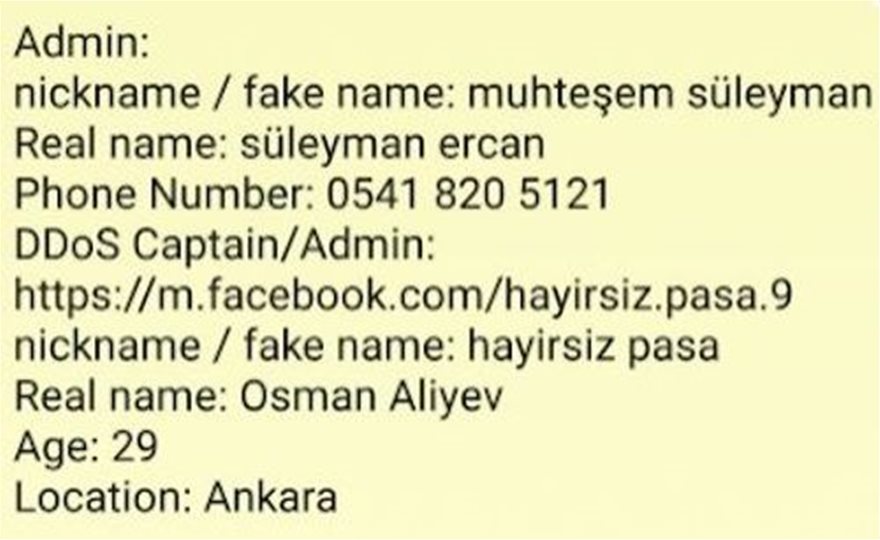