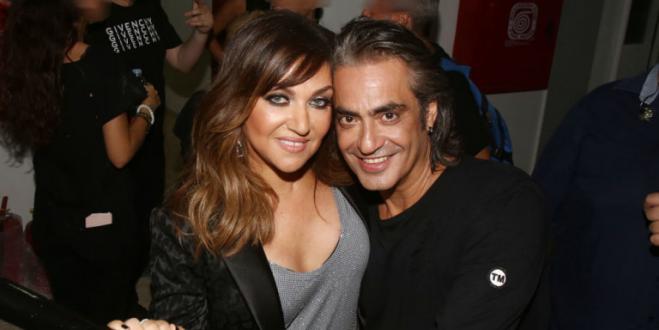 According to new information from Dionyssis Schinas' statements to the police, four hoodlums were hiding outside the house where he lives with Kaiti Garbi. The perpetrators were well prepared as they knew the time Kaiti Garbi would return from the nightclub where she appeared.

The four hooded men, under the threat of a gun, surprised the singer who had just parked her car outside her home. The perpetrators forced Kaiti Garbi to open the door to the house, where Dionysis Schinas, her husband, was sleeping.

They tied Dionysis Schinas and threatened Kaiti Garbi with the weapon

According to depositions, Dionysis Schinas, listening to the commotion, found himself in the living room of the house, where he saw the hoodlums threatening Kaiti Garbi with a gun.

They tied him in the living room and forced him to open the family safe, constantly threatening Kaiti Garbi with weapons. "If you do not open the safe we ​​will plant a bullet in your head," they allegedly threatened him, according to Dionysis Schinas himself, who gave his deposition to the New Eritrea Police Department investigating the case.

The robbers took a small amount of money from Kaiti Garbi's house, always according to the deposition of Dionysis Schinas and then fled. From the evidence so far, it appears that the perpetrators hid outside the house and attacked Katie Garbi as soon as she parked her car.

There were security cameras outside Katie Garbis' house
In the same report from the SKAI broadcast "Together", it is reported that at least two security cameras were installed in Kaiti Garbi's home, though it was not clear whether they were able to capture something that might be useful in police investigations.