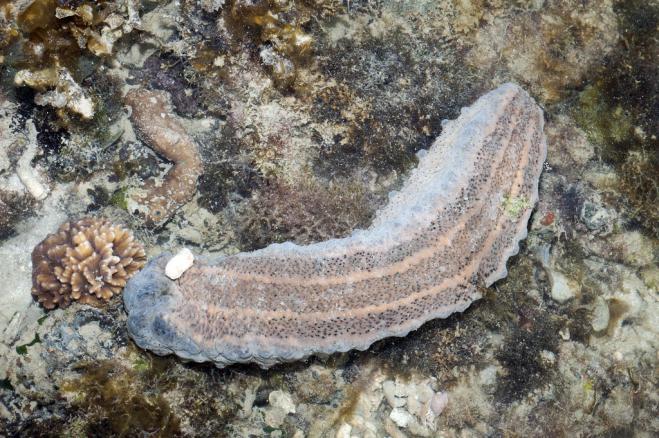 Heightened interest has been reported recently in the islands of the Dodecanese in the fishing of sea cucumbers, a species that until recently was only harvested to use as bait.

The Southern Aegean regional authority has already issued licences for the fishing of the species to fishing boats, mostly from the islands of Kalymnos and Leros.

The sea cucumbers are echinoderms from the class Holothuroidea. They are marine animals with a leathery skin and an elongated body containing a single, branched gonad. Sea cucumbers are found on the sea floor worldwide. Their nutritional value is very high, while innovative dishes of high export value are produced from them.

The sea cucumber are called the "cleaners" of marine ecosystems and feed on the detritus produced by other marine organisms, which is why they live in sandy sea bottoms. They have high nutritional and pharmaceutical value and many people consider them a delicacy. The Chinese claim that they are a natural 'viagra' and are interested in buying huge quantities of the specific species.

Recently, the environment ministry approved a study throughout the islands of the Dodecanese on the commercial exploitation of sea cucumbers.

The sampling of Holothuria will be conducted in the islands of Astypalea, Levitha, Kineros, Syrna, Halki, Alimia, Rhodes, Symi, Tilos, Nisyros, Pergoussa, Giali, Kos, Pserimos, Plati, Kalymnos, Leros, Lipsi, Arki, Patmos, Fourni and Agathonissi in area's indicated by local fishermen. The specimens will be collected by the research team's scuba divers at depths of up to 25m.

Afterwards, the specimens will be sent to the Oceanography laboratory of the Department of Ichthyology and Water Environment of the University of Thessaly.