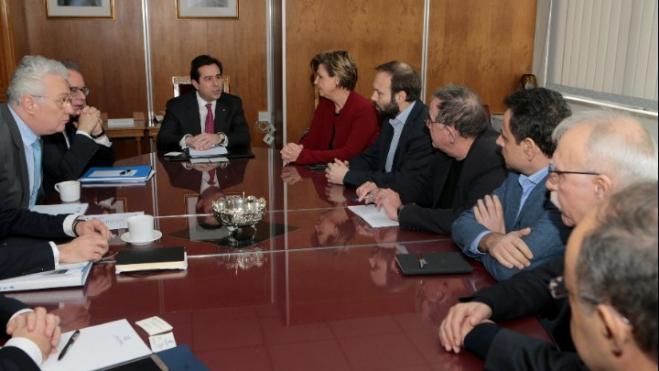 A two-hour meeting took place on Thursday among current and former migration policy ministers who discussed pressing issues relating to the management of the migration crisis in Greece.

The meeting was called for by Syriza, following concerns about the situation, as Vitsas said, "which has led to a terrible overcrowding at the islands, where both asylum seekers and islanders are suffering, so we have to find solutions."

Prior to the meeting, Mitarachi said he believes "it is very important to have the best possible communication among parties when it comes to the migration crisis." He also expressed appreciation for the participation of Vitsas and Mouzalas, "who have strong personal experience on the issue's management."

According to ministry sources, participants saw a convergence of opinions on the need to decongest the islands, by transferring refugees into mainland facilities and by increasing refugee's returns.

Although Mitarachi and Koumoutsakos made no statements after the meeting, Vitsas said they discussed practical issues despite their policy disagreements. "We all know that Greece cannot resolve the migration/refugee issue on its own," he said, but human rights of both residents and refugees can be served.