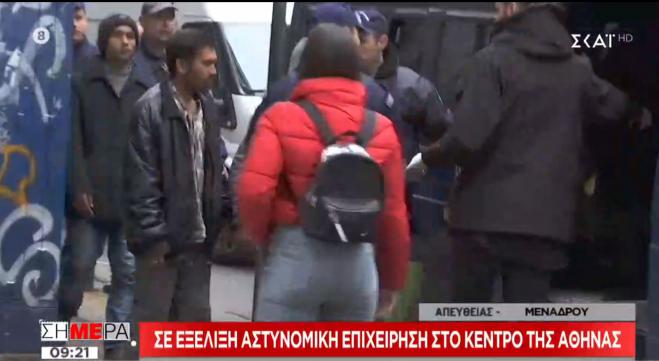 A large police operation is under way around Menandrou Street, in the center of Athens.

The police operation is taking place behind the old town hall in the wake of the killing of a foreigner, in search of smugglers, traffickers. The operation is also being conducted as part of a search for information about what happened yesterday on Menandrou Street and the whereabouts of the perpetrator.

Police have already detained 24 persons. The defendants will be transferred to the Aliens Directorate for verification.

It is recalled that yesterday a bloody fight took place on Menandrou Street with a dead Afghan and another seriously injured. The clash occurred between groups of Pakistanis and Afghans smuggling cigarettes and drugs. The fight involved about 40 people with weapons, knives, firearms and bats. After the murder, the perpetrator escaped

Citizen Protection Minister Michalis Chrysochoidis spoke about the incident, announcing the arrests. Mr. Chrysochoidis, in an interview with SKAI, said the perpetrators are well known and will be arrested and stressed that "the commitment of the government and the residents of Athens and Greece is that this kind of crime will disappear from the country". .