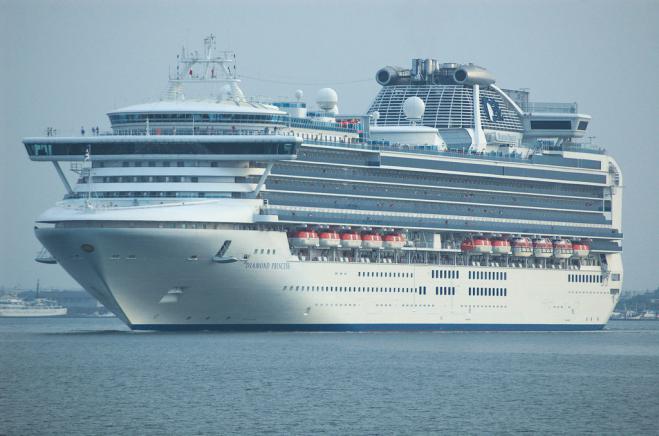 Greek-American passenger Matthew Smith spoke to SKAI through his cabin on the Cruise Ship quarantined in Japan.

"We're still in our cabin on the cruise ship, just sitting and spending time on the internet waiting fo get out. They tell us, "Don't go out of your cabin," he said, adding: "We see crew members bringing us food. Sometimes we can go out to our balcony and there are others on theirs but we can't get in touch their".

He noted that, so far, neither he nor his wife have been tested, "but everything is possible, given the interaction with other people during the cruise and the quarantine isolation, we are almost certain that we have not been affected."

Greek-American Matthew Smith expressed the hope that as soon as the quarantine period was over, they would be able to leave. "The end of the 14th day is in two days. And once this period is over and the test results for the virus are negative, we hope at least then we can leave, "he said.

Yesterday, Greek Health Minister Vassilis Kikilias told SKAI that the return process of the two Greeks would begin this week. Note that the ship has been in quarantine since 3 February.