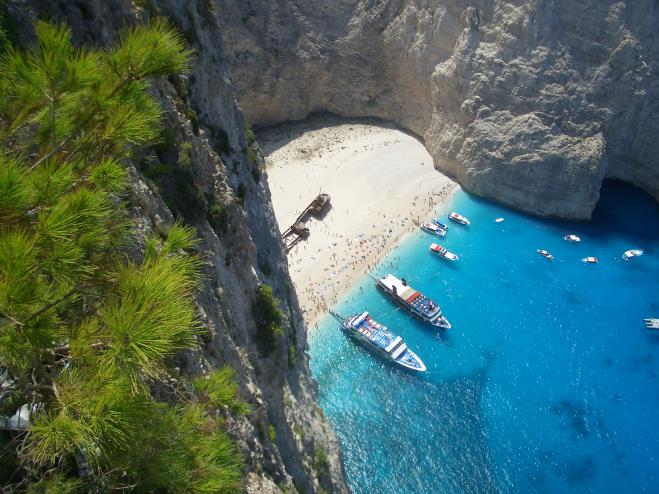 The immediate reaction of Greek National Tourism Organization (EOT) and its services, inside and outside Greece, was prompted by the inclusion of a photo from the Zakynthos shipwreck beach into a German travel agent's brochure advertising a trip to Turkey under the heading "Blue Trip to Turkey".

As stated in a relative announcement, the incident was discovered following a complaint by a Greek tourist agent to the EOT and the EOT Secretary General Dimitris Frangakis immediately addressed the matter.

The EOT service outside of Germany strongly protested to the German tourist agency, which immediately removed the post from its website.

The company apologized for its mistake
At the same time, Mr. Frangakis sent a letter (as of 12/02/2020) to the managing director of the tour operator asking for the booklets to be withdrawn. The company acknowledged its mistake and pledged to respond to this request in the best possible way. It was preceded by the company 's apology and its commitment not to repeat such a mistake, always in line with the EOT announcement.