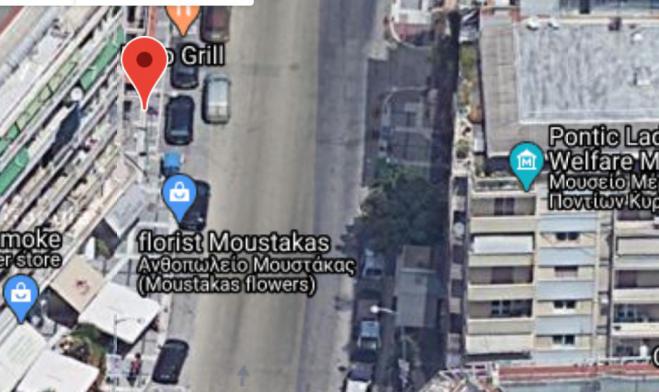 A 45-year-old grill owner in Thessaloniki lost his life following a knife-related injury, according to a forensic report.

Specifically, according to this examination, conducted by Fotis Hatzinikolaou, Associate Professor of Forensic Medicine at the Aristotle University of Thessaloniki, the death resulted from a myocardial infarction due to astab by a sharp instrument. According to the local website thestival.gr the 45-year-old bore 13 knive wounds all over his body that were made by force.

The chronicle of the murder in the grill house

It is recalled that the four offenders, who are brothers, stormed into the 45-year-old's shop in Vasilissis Olgasa Avenue after a verbal incident resulting in moments later in his fatal stabbing. Of the four offenders identified, three were arrested.

The alleged perpetrators are a 17-year-old whose traces were found in Athens, a 20-year-old arrested in Toumba, Thessaloniki, and a 32-year-old former employee who, according to what has become known, reported to the police on his own volition.

The fourth of the perpetrators, a 37-year-old, is wanted. He has allegedly contacted ELAS. and is expected to be turn himself over. Information indicates that the brothers are members of a large family of 10 brothers.

They killed him in front of employees and patrons
According to the case file, the 32-year-old had been working at the victim's establishment lately, but after an accident alleging that he suffered he stopped going to work. According to the police investigation, the businessman allegedly fired him. A few hours before the killing, it appears that the 32-year-old was in contact with his ex-boss as it appears from the file that they exchanged messages via mobile phone. On Saturday night (22/02), the defendants went to the operation, located on Vasilissis Olgas Street, where they quarreled with the 45-year-old. During the fight, the 20-year-old accused confessed that he wounded the businessman with a knife. The scene took place in a matter of minutes in front of employees and patrons, and was recorded by a camera through which authorities were able to identify them.

It is noted that a criminal prosecutor brought charges of intentional homicide and, where appropriate, indictment for illegal weapon, and then referred them to the 4th Regular Investigator, where they were remanded to pison pending trial.

During their transfer to the Courts, one of the three responding to a journalist's question said "it was an accident".