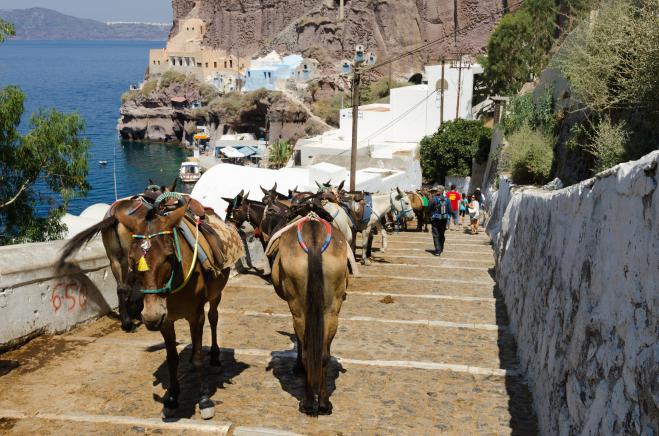 The Rural Development and Food Ministry intends to launch a campaign against the overworking of donkeys and mules, following a meeting with animal welfare and protection organisations at the ministry on Wednesday.

The campaign will begin with a special seminar for donkey and mule owners and drivers on the island of Santorini in April.

During the meeting between the animal welfare groups and Rural Development Minister Makis Voridis, it was decided that the seminar should be held with the support of a vet specialising in equines, a lawyer with experience in equine welfare legislation and legal support for working animal owners, as well as a special trainer for driving carriages drawn by equines.

Additionally, they discussed the illegal pet trade and ways to tackle it, noting that Greece has installed special Reader devices for the reading of the microchips in animals at the country's entrance and exit points.

Finally, the ministry in cooperation with ELGO (Hellenic Farming Organisation) will organise an international conference in the context of Regional Animal Welfare Centre actions, in which scientists and experts in animal welfare are expected to participate, aiming at the further development of research in Balkan countries, with speakers depicting the current situation in terms of ritual slaughter (Kosher and Halal) in Greece.