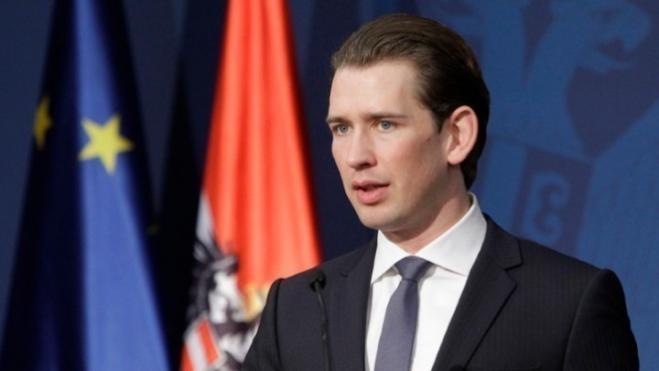 Austrian Chancellor Sebastian Kurz said on Sunday that Greece needs the full solidarity and support of the European Union in this difficult situation, which was deliberately caused by Turkish President Recep Tayyip Erdogan.

"The EU must have unity and not show weakness to Turkey," the chancellor said, while announcing assistance to Greece at a bilateral level, beyond that within the EU.
Kurz said that in addition to strengthening Frontex, Austria will also contribute with direct assistance. He underlined that everything must be done to ensure that the Greek border with Turkey remains closed, adding that we should not indulge in Erdogan's games.
He explained that in addition to personnel and material, Austria will support Greece with one million euros in humanitarian aid for the refugees in the Greek islands and on the country's borders.
The current border situation is expected to dominate the talks between Prime Minister Kyriakos Mitsotakis and Austrian Chancellor Sebastian Kurz on Tuesday in Vienna.