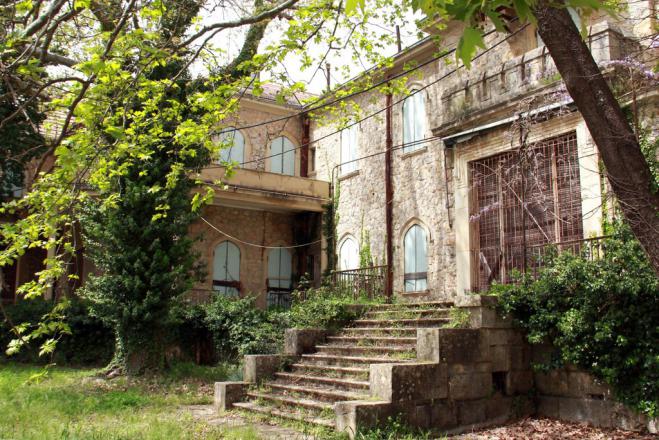 "There is now a contractor who will prepare the implementation study for the palace building," Culture Minister Lina Mendonis said speaking about the former royal retreat at Tatoi.

Lina Mendoni mentioned the work planned for Tatoi speaking on SKAI radio. As Lina Mendoni noted, the process of selecting a contractor for the palace building has been completed.

Mendoni: Contractor to carry out design study for palace building
"There is now a contractor who will carry out the design study for the palace building. The first rescue measures in the palace begins in early April. The study, according to the law, takes several months to complete.
By May 2021, the Ministry of Environment and Physical Planning will have an implementation study to begin the tender process for the contractor, ”said Ms Mendonis, following the site inspection

Mendoni: The goal is to have the palace completed in 2023
"The goal is that by 2023 the palace (the construction part of the restoration of the building) will have been completed to begin immediately placing the objects forthe studies already under way," the Minister of Culture added.

As for rescue work, Ms Mendoni noted that they would start now, "obviously with the compatibility required by the studies so that no money is spent unjustly, but mainly that the work is done properly. Let me note here that we already have the final studies, the implementation studies we are currently undertaking, ”she added.

Mendoni: Two Sponsors for Tatoi
As for the donations currently available for Tatoi, Ms Mendonis said there were two "and we look forward to others. The first concerns the feasibility study funded by the Athanasios Laskaridis Foundation. It concerns the total utilization and promotion of 47,000 acres of land."

The other sponsorship is from Athanasios Martinos, who "immediately donated the money to order two large pre-fab buildings, which will also be placed at the beginning of April, in order to start the evacuation - starting this week - of the kitchens and then to begin the evacuation of the stable," the minister added, noting that" these are large, full-sized buildings that have never been opened.

The competent departments of the Ministry of Culture will register and maintain the movable items inside. At the same time, the necessary architectural, structural, static, electromechanical studies for the buildings will be started. It is quite a complex undertaking, moreover, as you can see, as it concerns the whole estate, which is coordinated by the Ministry of Culture," she added.