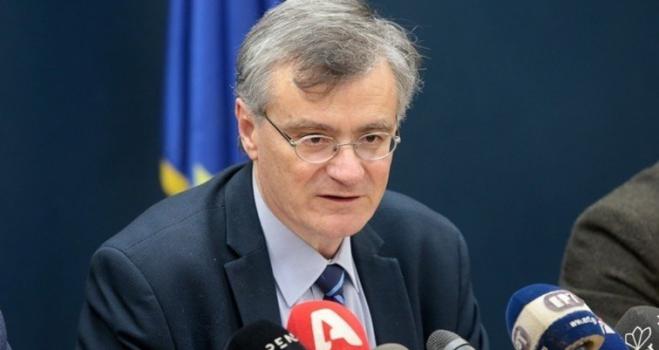 There were 21 new coronavirus cases confirmed in the past 24 hours, the Ministry of Health spokesperson, and infectious disease professor Sotiris Tsiodras, announced during his daily press briefing (still underway), bringing the total number of patients to 352 in Greece.

The spread of the disease worldwide is continuing, Mr. Tsiodras said informing the press that nine patients are hospitalised in Athens, Thessaloniki and Patras. Today’s briefing is in the presence of newly appointed Deputy Minister of Civil Protection Nikos Chardalias.

As Mr. Tsiodras said, 51% of the cases are men most of which were located in Athens. At the same time, outbreaks whose source is undetermined have risen to 51. Mr Tsiodras pointed it that its was these outbreaks that were of greatest concern, as they show the course of the virus in the community. More than 4,300 samples have been examined.

The government also shut don all reltail outlets, but not including food outlets, supermarkets among them, along with small local outlets. The daily briefing also revealed  that two villages in the Koazani region are in lockdown for the next two weeks.