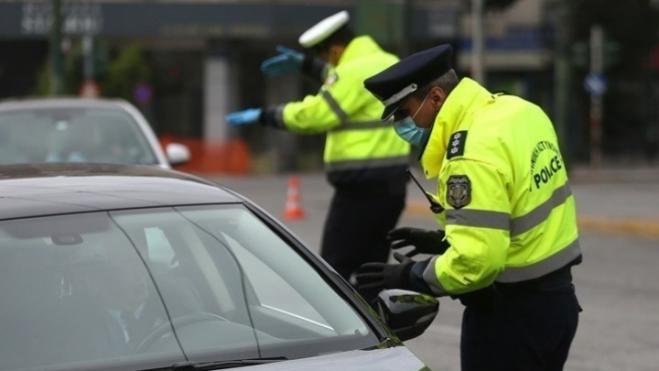 The total amount of fines imposed throughout Greece until Friday, April 3, amounted to 4,253,700 euros for violations related to the traffic ban or the suspension of store operations within the framework of measures taken to avoid the spread of the coronavirus.

"The measures aim at protecting the health of citizens and not their punishment", Greek Police spokesperson Ioanna Rotziokou said to the Athens-Macedonian News Agency (ANA).

From Monday, March 23, when the measure for unnecessary circulation was implemented, until Friday, April 3, 17,358 violations were confirmed throughout the country and fines of 150 euros were imposed, with the total amount reaching 2,603,700 euros. It is noted that most violations occurred in Attica, followed by Thessaloniki, the Ionian Islands and Western Greece.

As for the operation of stores, despite the relevant ban, a total of 330 violations were confirmed by April 3 and a fine of 5,000 euros was imposed on them. Thus, the total amount of fines for these violations reaches 1,650,000 euros.

A significant part of the amount collected from the fines will be allocated in favour of strengthening the national health system.