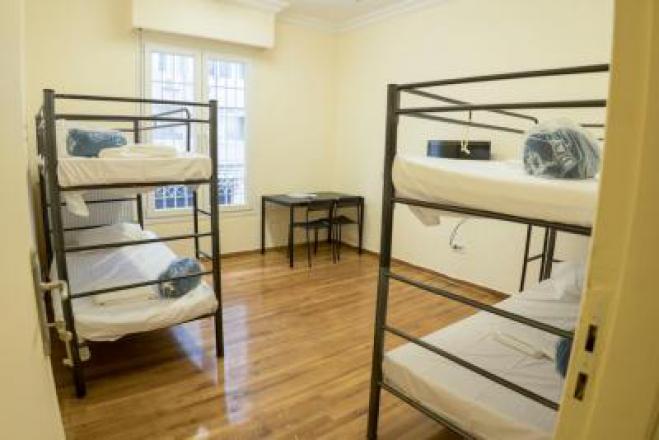 In a move seeking to provide decent living conditions for hundreds of homeless people in the Greek capital, the Athens municipality on Wednesday opened the doors of a new shelter, the Homeless Centre, which can host up to 400 people.

According to a municipality announcement, the new facility is housed in three adjoining buildings at the corner of Acharnon and Liossion Streets, which will be open throughout the day and have a staff of doctors, care workers, nurses, social workers and psychologists.

At the Day Centre, which offers showers and washing machines, homeless people can wash their clothes and take showers, while there are also  places where they can store their personal belongings and internet rooms, TV rooms and a dining area. In the dormitory, the homeless can find a safe place to sleep without bureaucratic procedures and can stay at the hostel as long as they need, until they are once again integrated in society.

More than 100 homeless people have already expressed an interest in staying at the new shelter, while staff from the municipality and other organisations were at the site on Wednesday to socially assess candidates and carry out medical checks.

Additionally, a team of the National Public Health Organisation will test for the coronavirus and, in the case of individuals that test positive, they will go to an isolation area specifically set up for this purpose within the facilitiy.

The Greek Red Cross, the organisations "Apostoli", Praksis, The doctors  of the world, Equal Society and others have contributed to the effort. The municipality of Athens said that the aim is a gradual re-integration of the people at the facility.

In a statement, Athens mayor Kostas Bakoyannis said: "One of the major battles that the municipality is fighting now is the battle against time. We must regroup and reorganise our forces to protect the most vulnerable groups of the population...solidarity and welfare remains a race of endurance for the municipality of Athens".