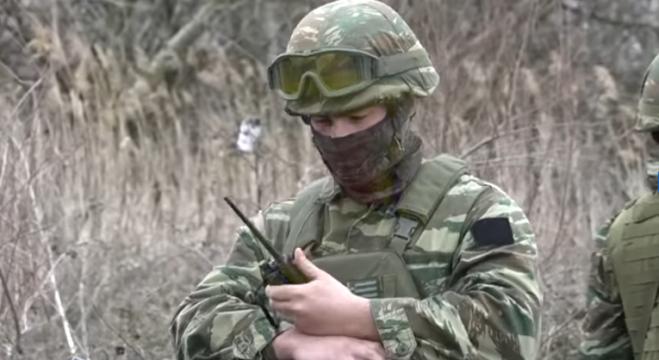 The Hellenic National Defence General Staff presented the actions of the Hellenic Armed Forces in dealing with the recent crisis in Evros with a short but impressive video.

Turkey attempted to blackmail Greece and Europe by weaponizing thousands of illegal immigrants who tried to enter Greece en masse.

The video presents in detail images from 28/2/2020, when the first serious incidents took place in the Kastanies area at the border crossing with Turkey, which, as it turned out, were instigated and orchestrated by Ankara.

The footage shows the immediate reaction of the Security Forces which prevented the mass illegal entry into Greece of thousands of illegal immigrants and refugees.

With impressive shots, which testify to the high fighting spirit and morale of the personnel that took part in the operations, the general mobilization of the army, navy and aviation during the month that essentially created a scene of tension on the Greek-Turkish borderline, but also in the Aegean.

The video closes with an excerpt from the recent message of the General Chief of Staff, General Konstantinos Floros, to the Hellenic Armed Forces for the March 25th National Anniversary of The Greek Independence War: ​​“Keep Greece inside you and be sure that no one can touch us without paying a very heavy price”.