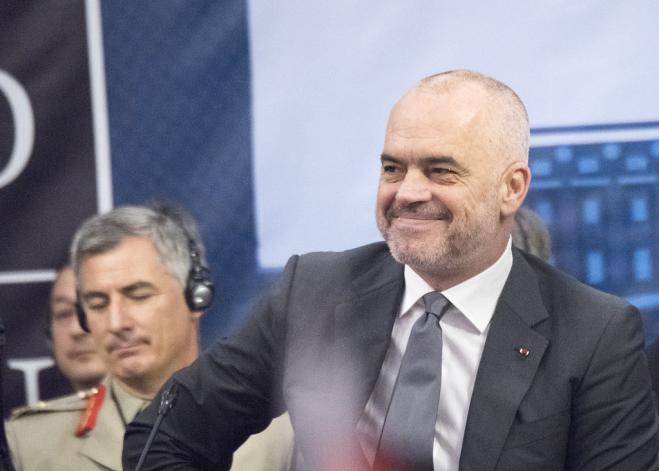 Recently, Tirana and Ankara signed a defence co-operation plan, with many in Albania and Greece believing that the issue of relocating migrants and refugees from Turkey to Albania is also included. Details of the plan have not been made public, but a part of the deal includes “activities that the two countries’ defence ministries are committed to completing by 2020 in order to strengthen and intensify security and defence interaction.”

According to Albanian media, there is an agreement between Rama and Erdoğan to relocate 30,000 refugees and illegal immigrants from Turkey to Albania in the region of Northern Epirus where up to 120,000 Greeks live. Although Greece liberated Northern Epirus during the First Balkan War (1912-13), the Great Powers gifted the region to the new Albanian state. Greece would once again liberate the region in World War Two, but it was once again gifted to Albania by the Great Powers.

The Greeks in Northern Epirus have always lived in persecution by the Albanian state with their schools constantly closed, properties confiscated and religious ceremonies harassed by Albanian police. Now it appears that Albania wants to continue weakening the Greek identity in the region by collaborating with Turkey to relocate refugees and illegal immigrants, changing the demographics of the area from being majority Greek.

“The Albanian prime minister’s actions can only be described as suspicious. Without any transparency or public statement, we learn from leaks that there is an agreement with Turkey to host 30,000 migrants. It is known that Albania not only does not have hosting infrastructure, but after the earthquake that hit the country, it is also facing an economic problem.”

“Albania recently announced a halt in flights to and from Tirana with the sole exception of flights to and from Istanbul. We believe that this move is linked to the agreement on the accommodation of immigrants. The choice to transport migrants near the Greek-Albanian border is extremely provocative to Greece”, he added.

There is little doubt that Albania and Turkey are collaborating to not only change the demographics of the Greek-majority region, but to also open another front for illegal immigrants to enter the European Union (Greece) illegally.