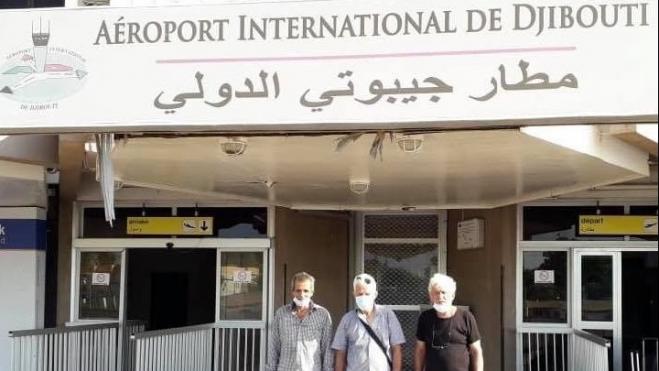 The three remaining Greek sailors held hostage in Djibouti over unpaid debts owed by their ship's owner have arrived safely in Athens following their release, Foreign Minister Nikos Dendias said in a tweet on Sunday.

"The ordeal of the other three Greek seamen, who remained in Djibouti, has reached a happy conclusion. Thanks to the flawless cooperation between the foreign ministry and the shipping ministry, a short while ago they arrived in Greece," Dendias said.

"I thank my counterpart, the foreign minister of the Republic of Djibouti for his response to the relevant letter I sent 15 days ago, the governor of the country and the European authorities in Djibouti for their help," the minister added.

The three sailors had been trapped on two Greek-owned ships anchored off the coast of Djibouti since September 4, 2019 over the unpaid debts of the ships' owner for port fees and fuel. Originally five, they faced a number of difficulties obtaining food and medicine, while two, a chief mate and engineer that was admitted to hospital, were released by authorities in Djibouti last December.