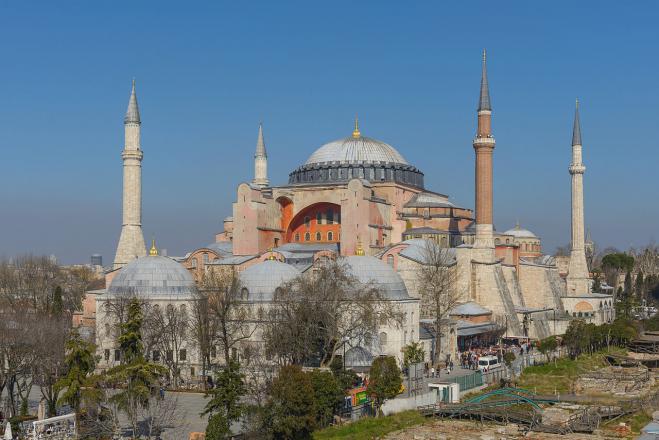 The leader of the Muslim clerics association in Turkey has called on the country’s President, Recep Tayyip Erdogan to allow for Islamic prayer to be held in the Hagia Sophia in Istanbul following the lifting of the restrictive measures of the coronavirus.

According to Turkish media reports, Hasan Turut said that day after the lifting of the restrictions in Turkey on Friday should begin with a prayer in the Hagia Sophia, as Mehmet the Conqueror did on the first Friday after the fall of the city in May 29, 1453.

“Those who try to turn my mosque into something different will have the curse of Allah, the angels and all Muslims! May they be in a constant and endless struggle! Maybe no one look them in the face or ask Allah to forgive them! “