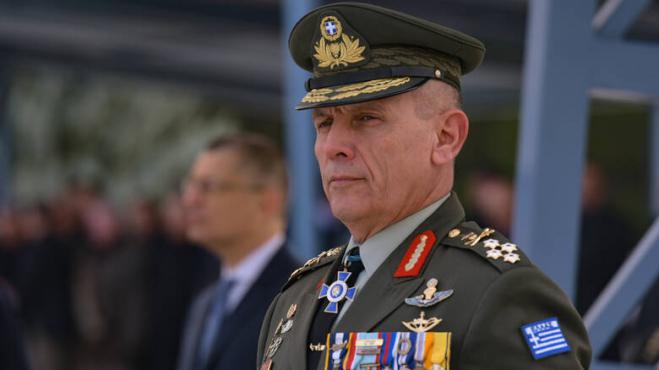 The Hellenic National Defence General Staff Chief, Konstantinos Floros raised the issue of the continuous Turkish provocations against Greece in the Aegean Sea and the Evros region, and the dangers it posed of a possible accident, during a teleconference with NATO and DSACEUR officials on Friday .

He then held a teleconference with DSACEUR Deputy Commander General Tim Radford at his request and as part of his recent assumption of the post.

General Floros made reference to the recent escalation of the immigration crisis in Evros and the Aegean, a result of Turkey’s conscious manipulation of the refugee crisis.

He went on to point out Turkey’s delinquent behaviour in the Aegean and the Eastern Mediterranean, as manifested by constant air traffic violations of the FIR in Athens and of Greece’s national airspace through overflights of national territory, while highlighting the execution of illegal marine surveys and drilling.

He also stressed the Turkish violations of the UN-imposed arms embargo on Libya and other provocative actions, highlighting in particular the risk of an accident and the serious consequences it could lead to.