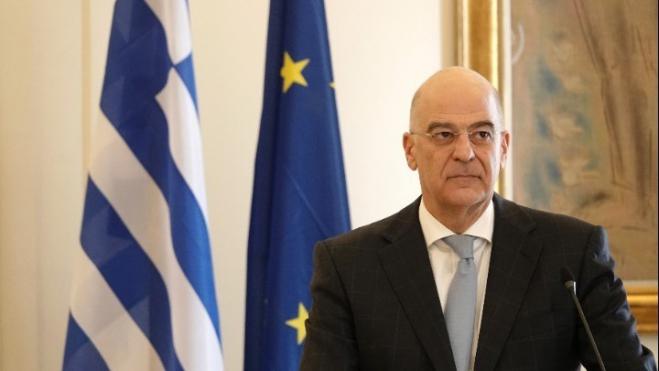 EU Foreign Ministers in their statement on the situation in the East Mediterranean "explicitly condemned the escalating and illegal behavior of Turkey in the East Mediterranean and the Aegean, including the violations of Greece's territorial waters and airspace," Greek Foreign Minister Nikos Dendias said on Friday, following the EU's Council of Foreign Affairs, held by videoconference.

In a statement, Dendias said that the statement highlights the need for the respect of sovereignty and sovereign rights of all countries in their maritime zones in the East Mediterranean, based on international law and the UN Law of the Sea, which are binding to all countries regardless. The statement supplements the Joint Declaration adopted by Cyprus, Egypt, France, Greece and the United Arab Emirates this week.

The  ministers also discussed the Middle East peace process and the collaboration of the EU with Israel, and the practical support provided to West Balkans countries by the EU to manage the coronavirus pandemic.

Deploring Turkish actions, the EU Foreign Ministers mentioned in their statement the drilling within Cyprus’ Exclusive Economic Zone (EEZ) - on which the EU said it "stands in full solidarity with Cyprus" - and said the delimitation of the EEZs and the continental shelf "should be addressed through dialogue and negotiation in good faith, in full respect of international law and in pursuit of the principle of good neighbourly relations."

"The EU condemns the escalation of Turkey’s violations of Greek national airspace, including overflights of inhabited areas, and territorial sea, in violation of international law,"and called on Turkey to respond to the EU's repeated calls to end aggression and "to show restraint, refrain from such actions," and respect the sovereignty of all EU member states."

It pointed out that the EU and Turkey "have a strong interest in an improvement of their relations through a dialogue which is intended to create an environment of trust," and said that "in full solidarity with Cyprus and Greece, the EU reiterates the serious negative impact that these illegal actions have across the range of EU-Turkey relations."