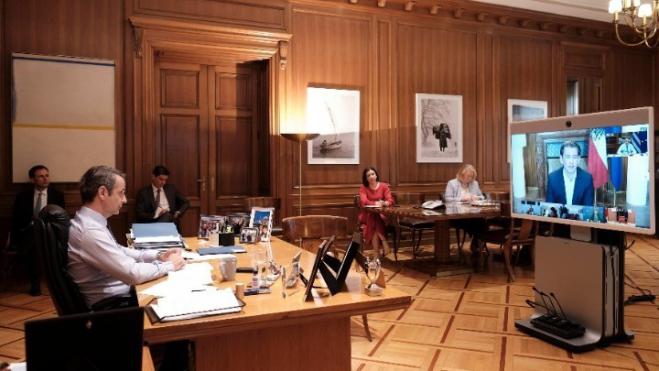 The fact that Greece has secured 32 billion euros from the Recovery Fund is "the result of the government's unobtrusive but productive and consistent work at a European level," Prime Minister Kyriakos Mitsotakis said on Thursday during a cabinet meeting.

Mitsotakis stressed that this development is also "the result of the confidence that Europe now shows in Greece and it is tangible recognition of the great credibility that our country has regained in the last year."

The prime minister said that the initial proposal of the Commission speaks of about 32 billion, of which 22.5 billion will be in the form of direct financing and 9.5 billion will be in loans with very favorable terms to be given over a period of three years, adding that Greece "regardless of the final outcome of the amounts, will be among the countries that will benefit most from this package."

He clarified that the management of these large sums will be done with planning and prudence and stressed that it is a great opportunity to transform Greece and use the money for the country's development model, as promised before the elections.

"We will not spend the money with carelessness. I think this phrase should describe the way and the responsibility that we must all show for the use of this very important European capital, which is being made available to our country," he said.

Mitsotakis said that the new fund increases the government's responsibility and warned that "it is absolutely imperative that it does not become mired in bureaucracy. Nor go through the difficulties that NSRF programmes went through over the years. That is why we need careful central planning so that we can make the most of it."