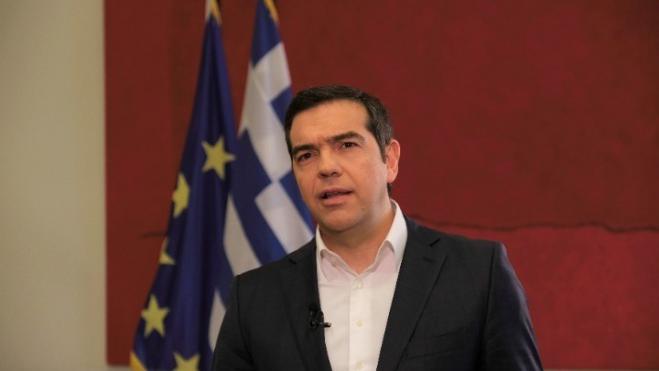 The EU Recovery Fund is a "positive development," said SYRIZA leader Alexis Tsipras, especially so for the southern European countries, speaking in an interview with Alpha TV on Thursday evening.

Even though southern European countries had been asking for a 1.5-trillion-euro support package, the European Commission's final 750 billion euro proposal does retain some basic elements from their demands, he said, such as a reciprocal, common debt issuance and the allocation of different amounts according to each country's budget and needs. It also retained the transfer of resources and an overall increase in the final budget - closer to what these countries had been requesting, he added.

However, he noted, "it is not usually an easy task for all 27 EU member states to reach a consensus before a final decision."

"We should not rush to celebrate before we see the final result," he said, and then pointed out that it is important to see "on what terms and for how long the money will be given and whether it will be accompanied by more memoranda."

Regarding Turkey's aggressive actions, he noted a "qualitative upgrade of the level of Turkish provocations (...), overflights at islands and tension at Evros and we also have the Turkey-Libya agreement that challenges the EEZ south of Crete."

The main opposition party leader said that "we want dialogue and good relations with Turkey, but with respect to International Law. We must seize the opportunity given to us by our participation in international organizations and especially in the EU and demand sanctions against Turkey, as we did last year together with Cyprus President Nicos Anastasiades."

Tsipras also referred to the party's economic proposal "Menoume Orthioi, phase 2" (We remain standing), which he said is at odds with the government's plan. Syriza's priority is to support labor and SMEs "today, not tomorrow, when it will be too late," he noted.