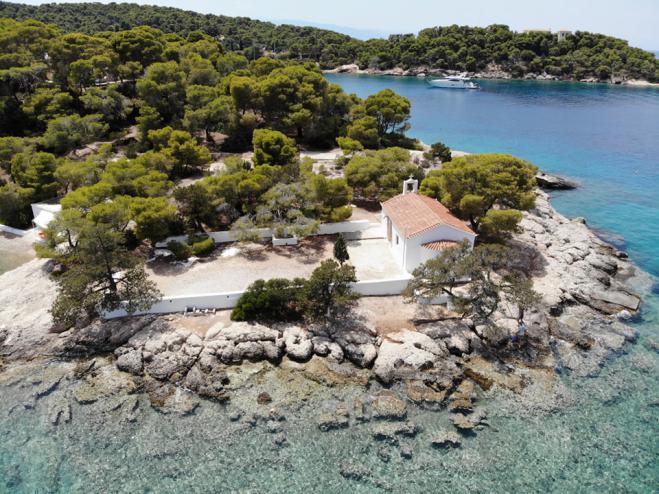 Officially claiming the title of the best beach of the historic island of Spetses, Zogeria with its turquoise calm waters, is a pole of attraction and is flooded mainly in the summer months by thousands of tourists. New Greek TV friend and video artist Marinos Charalampopoulos and Travel Inspiration have sent us a beautiful video of a very beautidul beach.

The bay of Zogeria is located in the north of the island, in a beautiful natural landscape full of olive trees and green pines that literally touch the cool sea water. In reality, however, the bay consists of two different small bays.

The first has a mild sandy organized beach, while throughout the tourist season, there is also a tavern. Access can be by both land and sea, as there are several boats and sea taxis, which depart from the new port of the island.

The adjacent bay, which is the largest of the two, is a huge secluded beach that is visited daily by many types of boats, both luxury and common. To be precise, this bay is the starting point for many sailboats, as it combines all that their way of life represents… pure cool waters in a calm natural landscape away from crowds.

In the middle of the bay, lies the Church of the Ascension, which was built in 1853 and in the middle of the 19th century it functioned as a quarantine area for sailors and travelers due to the cholera and plague epidemics that broke out in Europe in 1837.

A few meters from Analipsi, on the edge of the big bay of Zogeria, on the all-white wide rocks, stands the church of Agios Georgios, which a few years earlier, in 1989, was ready to collapse but has been refurbished. In its small courtyard, secular weddings from Athens and beyond take place, with a traditional or even modern ceremony, under the moonlight and with background music the beautiful sounds of the waves as they meet the thirsty rocks of the land.

So the bay of Zogeria may consist of two different bays that are harmoniously combined, but all their images are as magical as the whole island of Spetses.