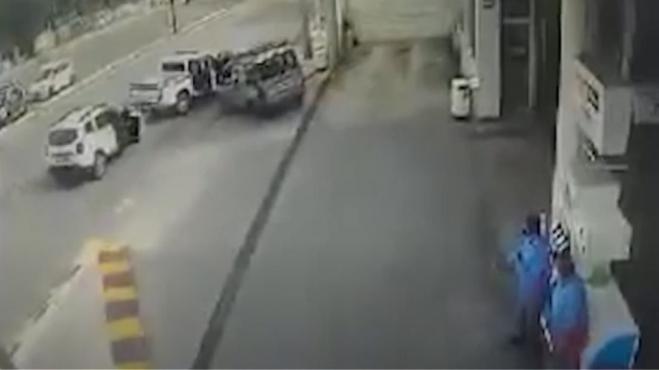 Police have arrested 70 people and are looking for 60 additional accomplices - More than 405 thefts and robberies and more than 300 drug trafficking operations have already been investigated.
In five phases, a huge police operation was carried out to dismantle a multi-member criminal organization of foreigners in the center of Athens, who are accused of committing more than 405 thefts and robberies, while selling drugs in more than 300 cases.

In fact, a video released shows the arrest of members of the gang, in a spectacular blockade set up by the police outside a gas station, from which they were leaving.

Authorities arrested 70 people, foreigners, as members of the organization, and identified 60 wanted accomplices. Of those arrested, 43 have already been remanded in custody.

On Monday, the last phase of the operation

The months-long investigation of the Athens Security Sub-Directorate of the Attica Security Directorate, in collaboration with the Security Departments of Syntagma, Acropolis, Exarcheia and Kallithea and the assistance of special police force OPKE, led to the dismantling of the group in five phases.

In the final phase that took place on 28 May, 17 members of the organization were arrested in the morning, while 14 are wanted and one is being held at the Pre-Departure Detention Center in Amygdaleza.

More than 130 members participated in the rime ring

During the investigation, the actions of a foreign organization consisting of 130 members were fully revealed, which involved robberies and thefts from passing citizens and tourists, thefts from apartments and parked vehicles, thefts of vehicles, and systematic drug trafficking.

The thieves, the main strongholds of the organization as well as the warehouses in which a number of items robbed were found and confiscated were also located.

The organization's activities extended to the center of Athens and especially to the areas of Exarcheia, Omonia, Acropolis and Syntagma. With the progress of the research, the expansion of its action in other areas as well, such as Ampelokipi, Neos Psychikos, Halandri and Piraeus, was ascertained.