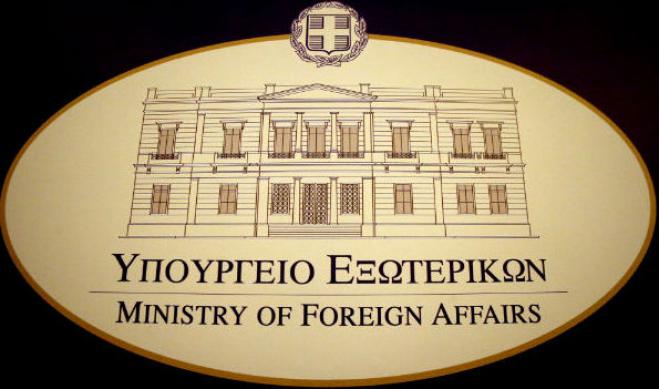 Greek-Turkish relations are going down even more difficult paths in the near future. This is evidenced by the ever-increasing challenges on the part of Ankara, while the de-escalation that both Athens and other European capitals expected, does not seem to be in Erdogan's plans.

Athens has hardened its stance and says it is determined to respond by any means if Turkey proceeds with its threats for hydrocarbon exploration in the Greek EEZ, while as competent sources point out, "the time has come for Europe to realize the dangers of Turkish policy and be called upon to make decisions "

The appointment in Berlin on the initiative of Germany

The last attempt to normalize the situation was made on Monday at the initiative of Germany, but the developments proved that the margins have narrowed, while the effforts of the Turkish Foreign Minister to "burn" the effort is causing concern. Mevlüt Çavuşoglu was the one who revealed the tripartite meeting that took place in Berlin on Tuesday afternoon, a few hours before the meeting of the Union Foreign Affairs Council in Brussels on the exclusive topic of Euro-Turkish relations. Of particular interest is the background of the meeting as well as what was said, as described by competent sources, and ultimately determined the developments of the last two days.

Kyriakos Mitsotakis' diplomatic adviser, Eleni Sourani, was in Brussels for consultations ahead of the summit when she received a phone call from Angela Merkel's foreign policy adviser, Jan Hecker, who invited her to a joint meeting with Kalin.

Berlin holds the EU presidency this semester and by no means wants to manage an uncontrollable situation in the Aegean that could trigger a backlash in the region. Ms. Sourani reportedly stressed that Greece wants the tones to be lowered, as long as the other side gives practical signs of de-escalation and respects international law, while the only issue that needs to be settled is the definition of maritime zones. According to the same sources, Germany tried to mediate in the escalation of the tension between the two countries, describing thoughts to lower the tones of the confrontation and to avoid an illegal move by Turkey that would act as a spark.

However, they do not seem to find suitable ground on the Turkish side, as what developments show. This is because a few hours later the Foreign Affairs Council decided to draw up a draft of harsh European sanctions in the event of Turkish delinquency. Perhaps for this reason, Mr. Tsavousoglou hastened to talk about a dialogue between the two sides, trying to avoid responsibilities of the Turkish side. "If Turkey wants to present this as a dialogue in order to shake off the possibility of sanctions, I think it should try a little harder," Nikos Dendias told television channel Star.

Turkish provocations on the table in Brussels

Turkey's uncompromising stance, which is gradually being seen by other European countries on the occasion of what happened in Berlin, raises the alarm in Brussels and makes it clear that concrete actions are needed to manage the situation in Europe, according to officials.

The summit, which begins on Friday, is called upon to shape the new framework for Euro-Turkish positions. President-in-Office Germany has increased responsibilities for the outcome and final decisions. Greece and Cyprus will intensify the dangers of Turkey's delinquency in the SE Mediterranean and will insist on harsh condemnation of Turkey and the promotion of severe sanctions in case it continues to actually challenge the sovereign rights of the two countries.