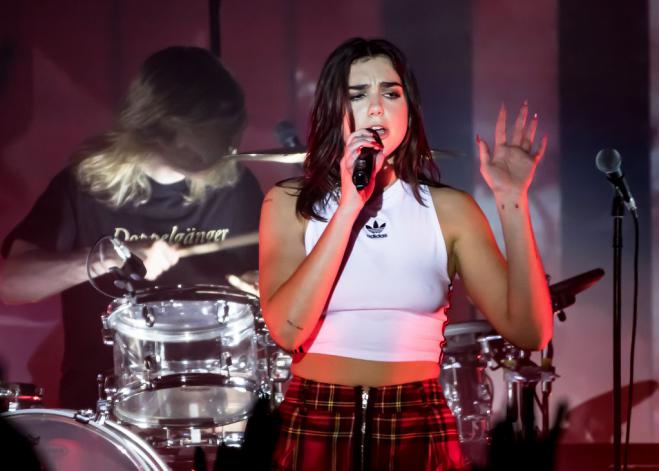 An ultra-nationalis post uploaded by famous, Albanian singer Dua Lipa on Instagram has caused a stir and a lot of comments in Greece.

In particular, Dua Lipa, who in recent years has seen her popularity skyrocket in the music industry, posted on her personal account - and on Twitter - a photo with the flag of "Greater Albania", which includes both Serbian and Greek territories.

Dua Lipa's post about "Greater Albania"
The word "autochtonous" is written on the Albanian flag, while the mapposted  reaches Thesprotia and includes Corfu. In her post, Dua Lipa writes characteristically: "autochthonous, adjective (of a local) native and not a descendant of immigrants or settlers."

It is recalled that the flag of "Greater Albania" had also appeared during the football match between Serbia and Albania in 2014, as a result of which serious incidents broke out between the players. Above it are photos of the founder of the Albanian state, Ismail Kemal, and the Albanian warlord Isa Boletini, a leader in the guerrilla war against Serbia.