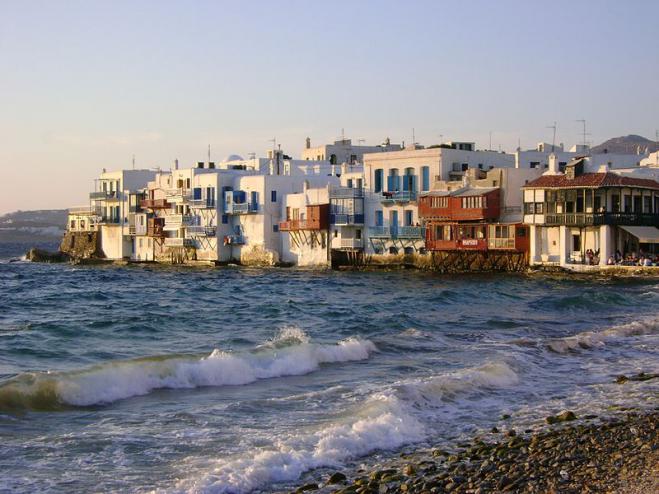 he frantic parties that are organized in villas o Mykonos, at a time when the curve of the pandemic is on an increasing trend, since the new cases are in double digits every day are causing a headache for authorities.

The organizers of the parties, which are presented as having a supposedly ... charitable character, are people mainly from Ibiza, Spain or from Nice, France, who have "moved" to the island and make large sums of money. The parties are set up secretly and without permission in luxury villas that are rented for the specific purpose wth the participation of 500 to 1,000 people. Of course, there are also famous DJs who "raise" the image of the event with their popular music.

From 150 to 1,000 euros per head to participate in parties
3 to 4 parties are organized weekly on the "island of the winds", while the calls are made by locating mobile phones and sending invitations of interest on social media. At the same time, "barkers" paid by the organizers spread the word about the parties in well-known shops and beach bars of the island, while the entrance starts from 150 and can reach up to 1,000 euros depending on the ... customer.

It is noted that the police authorities can not invade private spaces unless a crime is eing followed in pursuit, which is why the emphasis is on prevention, ie the timely detection and prevention of such events that could prove catastrophic in the event of a coronavirus case.

This issue was also discussed by the Minister of Civil Protection Michalis Chrysochoidis with local authorities and professional bodies, during his visit to the island. "Everything that needs to be done is done to keep the island in health safety conditions, both for the residents and for the visitors," he stressed.

On is part, the secretary general Iraklis Zisimopoulos spoke about the strange and dangerous situation in Mykonos, with private parties in villas: "This year it is even more intense because stores are trying to enforce the regulations, on the contrary thee are completely unchecked. A party in a private villa is covered by the home asylum and no control mechanism can intervene to check if illegal acts are being committed.
Tagged under