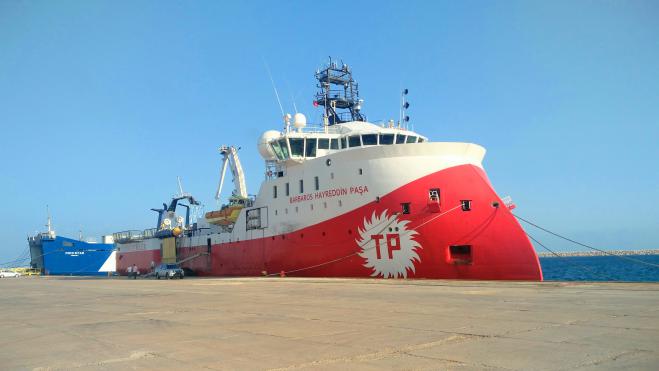 The Turkish research ship Barbaros has been in the Cypriot EEZ since the early hours of Thursday. The research ship is accompanied by a Turkish warship and a second support ship.

According to the Cyprus News Agency, Barbaros entered an area that had been illegally blocked by Turkey with NAVTEX. This area is located southeast of Cape Greco and includes plots 2, 3 and 13 of the Cyprus EEZ.

The Cypriot government has already issued an antinavtex which characterizes the Turkish navtex as illegal and states that it violates the sovereign rights of the Republic.

Speaking on ANT1 on Thursday morning, Foreign Minister Nikos Dendias stressed that this move blatantly violates any notion of international law. At the same time, he noted that he has already contacted his Cypriot counterpart, Nikos Christodoulidis, emphasizing that Greece will support Cyprus at all levels.

It is noted that "Barbaros" had already sailed for "research" in this area from December 2019 to May 2020, having covered the entire area.