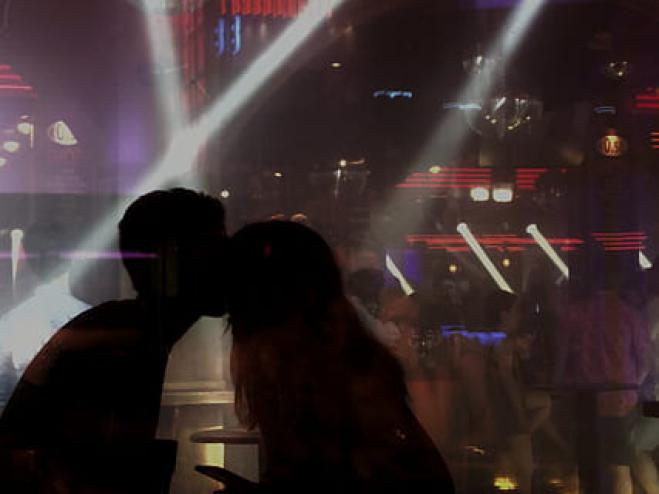 Nightclubs are under the microscope of epidemiologists due to the increased cases of congestion in the middle of the coronavirus.

The summer season brings more people to nightclubs, where people have fun, but in many cases the necessary protection measures against the coronavirus and the protocols are not observed.

The problem was also at the center of the discussion of the Prime Minister, Kyriakos Mitsotakis, with civil protection secretary Hardalias, epidemiologist Tsiodras and minister Kikilias yesterday. The Prime Minister addressed both the phenomenon of overcrowding in entertainment centers and the means of public transport, where routes have been reduced and overcrowding is observed, as the big urban centers have not been vacated for vacations yet.

During the conference, the data were examined and it was found that the increase in cases has not led to a significant deterioration of epidemiological indicators. However, the need for vigilance and strict implementation of measures to avoid overcrowding and the use of a mask was emphasized.

Mr. Mitsotakis even stressed that on the one hand the controls will be strengthened and on the other hand, he will not hesitate to take additional measures if deemed necessary by the experts, in case the increase of cases and overcrowding continues. "If you think you need to sound the alarm to take action, do not hesitate to do so in a timely manner," he told scientists.

Coronavirus: Thoughts on ceilings in nightclubs

According to experts, one of the measures that could help, if the rise of cases continues, would be to put a ceiling on the presence of customers in nightclubs. A measure that the owners of these stores will definitely not like, but according to Gikas Margiokinis, it is a measure that should start to be discussed, if the crowding phenomena continue.

"I think we should speed up the controls, in places where there is crowding. We should see in the entertainment centers how the problem can be solved ", the assistant professor of Hygiene and Epidemiology at the Medical School of EKPA said speaking to SKAI.

"I think we could, if and when we see a significant increase in hospitalizations, discuss how we can put a cap on assemblies or even see reductions in density in some areas. "We have seen the so-called limit of 50 people work in different countries. It has been implemented and it has an effectiveness, but I think it is too early to say, we still have room for controls," he added.

Coronavirus: 65 new cases, one death
As of yesterday, the last count, EODY announced 65 new cases, with which the total report has reached 4,401. Of the 65 cases (170 in the last three days), 34 were imported (17 at the entrance gates and 17 that went voluntarily for inspection), while 16 arose from a tanker that remains anchored outside Piraeus, with the crew in quarantine. Eight Indians and eight Filipinos are the sailors of the Merbabu tanker, sailing under the flag of Malta and belonging to Greek interests.